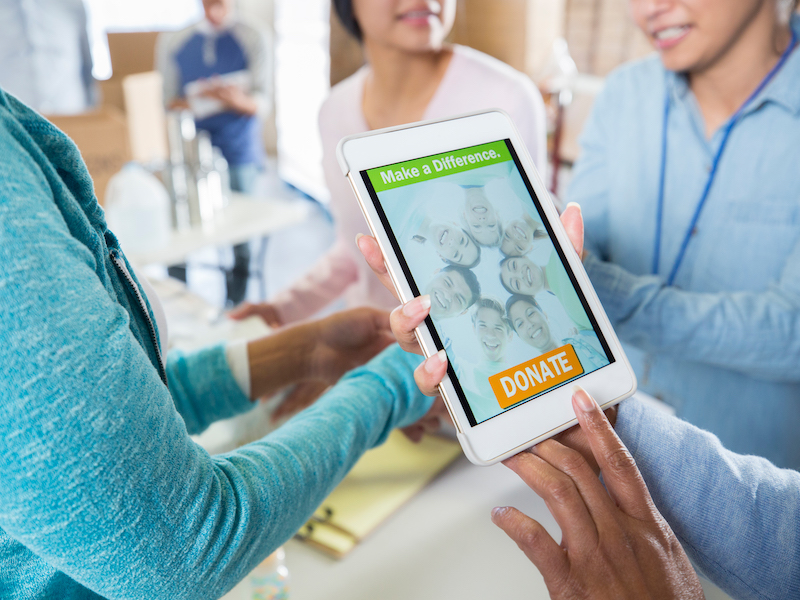 For decades, Israel’s tech sector has earned praise for its economic profits and innovative spirit. Now, a group of Israeli tech entrepreneurs wants to mobilize that spirit and those profits to give back to Israeli society.

The 1point8 charity initiative — an effort from a group of executives at tech companies such as Bird, Monday, Lemonade, Google and SimilarWeb — asks tech employees to become investors in local charitable organizations by setting aside 1.8% of their shares or options.

Yaniv Rivlin, a co-founder of the initiative and and CEO at Bird Israel, the electric scooter company, told eJewishPhilanthropy that the program is a “bottom-up, grassroots approach, from us and for us” — part of a plan to create what he called a “circular cycle of investing” that could impact Israeli society.

According to a 2019 report from the Taub Center for Social Policy in Israel, the country’s largest donors come from the tech, manufacturing, banking and finance industries. But the report found that only a small percentage of employees in the tech sector donates. One reason for that, the report suggested, may be that the industry is too young to have firmly established philanthropic norms.

“Israeli tech has the responsibility to give back to Israeli society,” he said. “Through the 1point8 initiative, members are encouraged not only to deploy capital, but to go beyond and create meaningful partnerships to help strengthen the organizations for measurable impact. This is their first step toward the world of philanthropic investing.”

The 1point8 initiative launched last week, and will be organized around quarterly “Demo Days,” where investors who have taken the pledge will have a chance to hear from a range of nonprofits that address fields like poverty, education or the environment. Subsequently, the investors will visit with the charities and take part in deciding which nonprofits the community should support.  The first Demo Day is scheduled for April 1 at the Tel Aviv Art Museum.

The initiative also plans to coach the nonprofits on how to fundraise. Lior Zoref, a tech entrepreneur and philanthropist known for his marketing expertise, will provide TED-style speaker training to the nonprofits that present at each Demo Day.

The 1point8 community is partnering with Keshet, the first donor-advised fund in Israel, to make it easy for 1point8 investors to make grants to chosen organizations while building member engagement and a community of donors, said Maya Natan, Keshet’s CEO.

“As a financial fund for managing donations, whose majority of clients are investors and entrepreneurs in the high-tech industry, we see great value in the 1point8 initiative for Israeli society as a whole,” Natan said. “The fact that such an initiative is being created bottom up, from the industry itself, shows the powerful potential for effecting real change.”

Rivlin said that in Israel, there aren’t many simple, institutionalized ways for individuals to donate to charities.

“From my own experience, people want to give, and do give back, but often get lost in the maze of bureaucracy, seemingly unlimited giving choices, and the lack of transparency of where the money is going – unintended- that sometimes follows,” said Yael Wissner-Levy, vice-president of communications at global insurance company Lemonade, another member of 1point8’s founding team.  “Making giving back easier and simpler is something both the for-profit and nonprofit world can improve on.”

Another organization at the intersection of tech and philanthropy is Tmura, a 20-year-old nonprofit that persuades tech startups to donate part of their equity and then gives the proceeds from the stock to charity when the startups are sold. Tmura has given more than NIS 80 million to educational and other youth-related initiatives. But 1point8 is different, Rivlin said, because it works with individual employees and emphasizes investment and engagement in the causes receiving funds.

Rivlin has prior experience in the world of philanthropy. He was a cofounder of Comtribute, a fundraising platform for nonprofits, and also worked at the Charles & Lynn Schusterman Family Philanthropies as a senior program officer. (Disclosure: Rivlin and the author are both former employees of the ROI Community, a Schusterman-funded initiative.)

Rivlin hopes that the charities will also benefit from tapping into founding partners’ tech expertise, which they will offer pro bono. The team of 1point8’s founding partners is a who’s who of high-profile Israeli tech figures. Several founding partners are in automotive-related industries like Mobileye’s Amnon Shashua; Colmobil’s Assaf Harlap and Ituran’s Gil Sheratzki; others like NFX’s Gigi Levy-Weiss and PICO Venture Partners’ Eli Wurtman are involved in seed funding and venture capital efforts. The Social Solidarity Foundation and Start-Up Nation Central are also founding partners of the initiative.

“Using the members’ various skill sets and applying them to the charities is sometimes worth more than just capital,” Rivlin said. “Investors will have the opportunity to volunteer and to give back with their skills…It’s creating an ecosystem of giving back, and is an investment in Israeli society.”

Rivlin said the project also connects to Jewish values. In addition to 1point8 being a callback to the number 18, the alphanumeric value of the Hebrew word for life (chai), he said it’s also about leading by example and being an or lagoyim, Hebrew for a light unto the nations.

“The goal is to get people who have never thought about giving connected in a meaningful way and take the first step,” Rivlin said. “Get people engaged and the number will grow. 1.8 is a significant amount but it isn’t about the money. It’s about an entire segment of society taking responsibility and giving back in a meaningful way.”