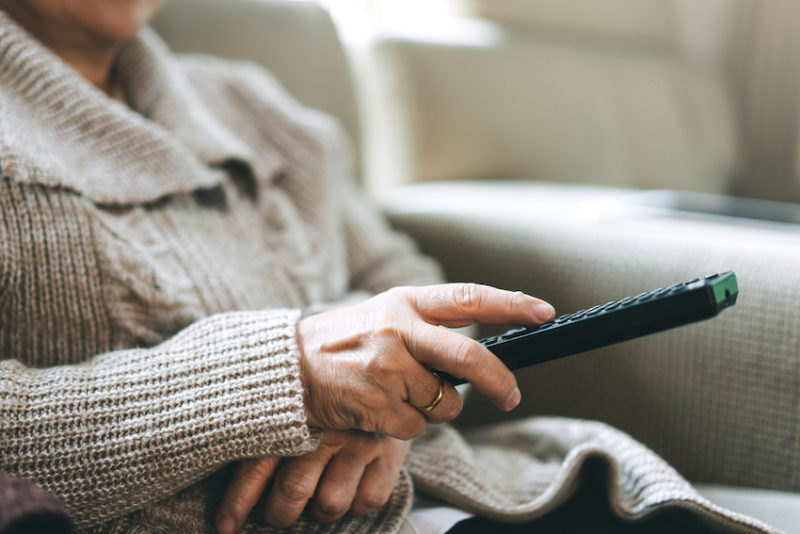 When the Network of Jewish Human Services Agencies (NJHSA) secured a grant in 2020 to pay for seven of its agencies to start using Uniper, an interactive online platform that helps ease loneliness among seniors, they thought it would be useful in working with Holocaust survivors. Then the pandemic hit, and now 19 of the network’s 140 agencies are using the technology, and with many more requesting access, NJHSA CEO Reuben Rotman told eJewishPhilanthropy.

“The impact has been profound,” Rotman said. “We never imagined the need for it would explode like this.”

The company, which has offices in Los Angeles and Tel Aviv, has Israeli origins. Co-founders Rami Kirshblum, the CEO; Avi Price, the COO; and Meir Schreiber, the CTO, met in 2016 at an accelerator program called “8200” in a nod to the elite IDF intelligence unit, said Price.

Schreiber’s mother, a Holocaust survivor, inspired the original idea of using the internet to facilitate interactions among homebound seniors, Price said. An electrical and computer engineer who had spent his career in the Israeli tech sector, Schreiber’s first instinct was to look for existing technology that could help her, but couldn’t find it.

“It’s Never 2 Late,” is a customized computer program that offers activities, but it’s for use in institutional settings, and “Senior Planet” works on a computer.

Besides its interactive elements, one of the most useful aspects of Uniper is its ease of use compared to computers, Rotman said.

Many people with older loved ones have concerns about the hours those seniors spend in front of the television, he noted, but Uniper recognizes that tendency and turns it into an advantage.

Uniper’s installation and interface is similar to that of a cable service. A technician comes to the home to install the equipment — a box that sits on top of the television, and a simple remote. The necessity of a home visit by the company was a problem during the pandemic, said Adler, so JSSA trained staff to do the installation in full personal protective equipment. Uniper can also work on a computer or tablet for those who are comfortable with devices.

The system offers an onscreen schedule for its content, such as lectures and fitness classes. It can also be used to conduct remote medical appointments, and to connect with family members. The live programming has been most helpful to the 94 JSSA clients using Uniper, Adler said. JSSA offers a poetry class; support groups; and “Café D.C.,” a weekly discussion group that alternates between Russian and English that is facilitated by a staff member.

The company also helps the agencies that use Uniper develop their own programming, Rotman said, citing a Yom Hashoah program NJHSA created in collaboration with the Jewish Federations of North America (JFNA).

“It was so meaningful to work with Uniper on Yom Hashoah to bring together Holocaust survivors and their families,” said Shelley Rood Wernick, a managing director at the JFNA’s Holocaust Survivor Initiative. “By identifying, investing in and elevating this remarkable technology, we are able to improve lives.”

JFNA supplied NJHSA’s funding for Uniper from a federal grant from the Administration for Community Living (ACL), which is part of the Department of Health and Human Services, and from other philanthropic sources. The total grant for 2020-2022 is $1.1 million.

For 2021, JFNA increased the amount of funding and broadened the profile of the potential use from Holocaust survivor to any older adult with a history of trauma, Rotman said. Seven of the NJHSA agencies using the technology have their own funding.

The television version of Uniper costs $30 per month for each client; there are also some installation fees and fees for the agency. The web version is $20 per month.

Uniper works only with government and nonprofit agencies like NJHSA, not individuals. Outside the Jewish community, its customers include the United States Department of Veterans Affairs system in St. Louis and health maintenance organizations such as Sunflower Health Plan in Kansas. Nearly 15,000 people are using Uniper in 15 states; it also has customers in Canada, Israel and Germany.

On June 29, the company announced a $14.5 million round of funding backed by venture capital firms Zeev Ventures, based in Palo Alto, Calif., and Aleph, which is focused on Israeli startups.

Adler said she thinks Uniper will remain useful among JSSA’s clientele even as the pandemic eases.

“Even though they have other options, we still think we’ll be able to use Uniper to engage them,” she said. “It was really a savior.”