Are American Jews more likely to view “The Marvelous Mrs. Maisel,” “Fauda,” “Transparent,” and other Jewish-themed shows than belong to a synagogue? Do more Jews believe “being intellectually curious” is “essential to being Jewish” than Jews who feel it essential to be “part of a Jewish community”? Does eating or cooking traditional Jewish foods appeal to more Jews than fasting on Yom Kippur?

YES, according to the Pew Research Center’s recently released report on Jewish Americans in 2020. Personal, individual activities are embraced by considerably more American Jews than those with social, communal, or religious dimensions. But in building vibrant Jewish communities, are privatized Jewish activities really effective substitutes for programs that bring Jews together? The new Pew data show that group—rather than individualized—expressions of Jewishness build Jewish “social capital,” the glue binding Jews to one another and enabling collective action. Contrary to the widely accepted progressive wisdom which views all types of Jewish activities as equally valuable, the Pew study demonstrates that some are correlated with strong Jewish engagement and build Jewish social capital far more than others. 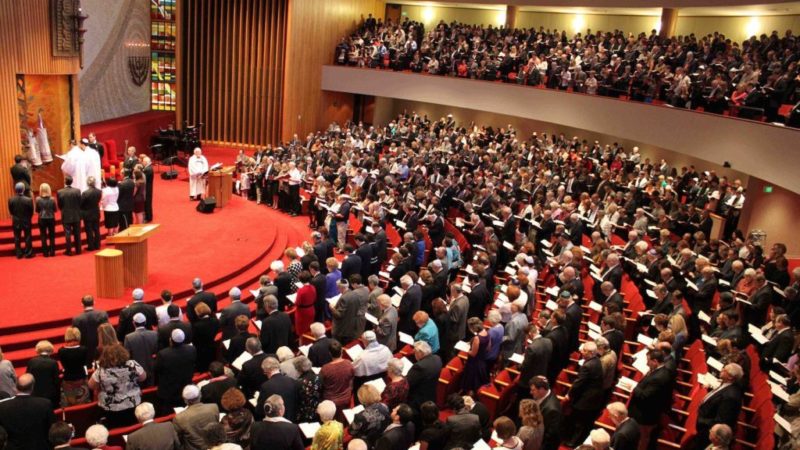 These patterns expose a massive transformation in how a significant portion of American Jews relate to their own group. Throughout the modern era, strong secular Jewish movements such as cultural Yiddishism, socialist Bundism, and Zionism spurred Jewish engagement. Secular Jews maintained predominantly Jewish friendship patterns, chose Jewish spouses and raised Jewish children, and supported, joined, and sometimes led secular organizations benefiting Jews domestically and abroad. Their cultural lives were enriched by Judaic content, including “Jewish-style” foods, books, films, music, and works of art—which they most often shared with Jewish friends. Not least, many secular Jews also viewed their efforts on behalf of civil rights, social justice, and other civic causes as expressions of their Jewishness, sometimes under the Hebrew rubric of “tikkun olam,” repairing the world. Some secular Jews intensively supported Jewish organizations devoted to confronting antisemitism, worked with allies within the broader American society to redress social ills, and cared for needy Jews and Gentiles through federations of Jewish philanthropy and human services agencies. In contrast, today’s Jews of no religion report much more tepid feelings of attachment to the Jewish people and only episodic participation in organized Jewish life.

Pew data reveal that “Jews of no religion” don’t pay much attention to Jewish cultural developments either. For example, synagogue-goers are far more likely to “read Jewish literature, biographies, or history” (66 percent), “watch TV with Jewish or Israeli themes” (56 percent), “read Jewish newspapers and news online” (74 percent), and “listen to Jewish or Israeli music” (68 percent), compared to Jews claiming “no religion” (28, 27 and 22 percent, respectively). Strikingly, while over one-third of Jews by religion say they “engage in political activism as an expression of Jewishness,” only 16 percent of Jews of no religion say they do so.

Jews of no religion also are considerably less connected to Jewish social units–families, friends, local Jewish communities, and Jews in other lands, such as Israel. Pew, like virtually every prior study, demonstrates that social Jewishness intensifies Jewish engagements of every kind. Jews who are strongly connected to other Jews through family, friendship networks, and communal associations are more likely to say Jewishness is “very important” to them. They also are more likely to feel attached to Israel. Two-thirds of Jews by religion say they are “very” or “somewhat emotionally attached to Israel” and feel Israel is an “essential part of what being Jewish means to them,” compared to only one-third of Jews of no religion.

These diverging patterns take on added significance because younger Jews are more likely than their elders to self-identify as Jews of no religion. Not surprisingly, low rates of identification are similarly displayed by younger Americans at large. For Jews, these generational patterns have disturbing implications: younger cohorts are far less likely than their elders to relate positively to any forms of Jewish group identity or collective activity, whether secular or religious: Fewer than half of Jews 18-29, for example, say they are “emotionally attached to Israel,” compared to two-thirds of Jews over age 50. The most-frequently reported social Jewish activities for 18-29-year-olds were “sharing Jewish culture and holidays with non-Jewish friends” (59 percent).

The encouraging news is that for younger as well as older American Jews, participation in Jewish group activities, including Jewish education, correlates with a whole range of Jewish engagements. Jewish educational experiences, from childhood through adolescence, college, and adulthood, are especially powerful not only because of the cognitive information these educational programs transmit about Jewish history, culture and practices, but also—and perhaps even more so—because of the Jewish social and emotional ties they foster.

Some voices denigrate efforts to nurture “Jewish continuity.” But the Pew 2020 report and other studies show the positive effects of multiple Jewish educational experiences. Working synergistically, those experiences provide building blocks necessary for richer individual Jewish connections and stronger American Jewish communal ties. A former slogan of the Hillel campus movement articulated this strategy succinctly by encouraging activities enabling “Jews doing Jewish together” (emphases added). For all age groups, that is how to build Jewish social capital and a vibrant and diverse American Jewish community.

Sylvia Barack Fishman, Ph.D., is the Joseph and Esther Foster Professor of Contemporary Jewish Life and Culture, Emerita, at Brandeis University. The author of eight books and numerous articles, she received the Marshall Sklare Award for scholarship on the social scientific study of Jewry (ASSJ) in 2014.

Jack Wertheimer is Professor of American Jewish History at the Jewish Theological Seminary. His most recent book is The New American Judaism: How Jews Practice Their Religion Today.