In the traditional model of philanthropy, donors allocate a certain percentage of their wealth to charity through their annual assets, a private foundation or a DAF. Far too often, most of the money simply sits in the corpus, increasing in value to support some future philanthropy. There are too many problems to solve in our world to let these desperately needed financial resources just collect dust. By investing this capital in ways that will allow it to be recycled AND appreciated over time, we are deepening the scope of future investments while engaging in the ever-expanding impact economy.

When we got married nearly 30 years ago, we developed a “separation of labor” in our approach to financial management. Gary focused on venture capital as managing director of Lauder Partners LLC, a Silicon Valley-based venture capital firm. Laura focused on philanthropy, becoming deeply involved in areas where she had expertise and passion, mostly focused on issues that involved our two children: preschool, teacher training and expanding educational equity for underserved populations. During this time, Gary strived to maximize the financial return on his investments (ROI); Laura aimed to maximize the social return on her investments (SROI). While we both dabbled in each other’s lanes, for the most part, we focused on our own chosen paths as they reflected our individual strengths. We’d often joke that Gary made the money and Laura gave it away — and Laura was faster!

Over the years, Gary realized that investments with the potential for financial gains and positive social impact excited him the most. In turn, Laura gained an appreciation for social impact investments that integrated clever financial models as they were more scalable than traditional philanthropy, where dollars can only be granted once. Together, we reasoned that we could dramatically improve impact if we blurred the lines between ROI and SROI. That is, we could maximize both a financial return and a social return. 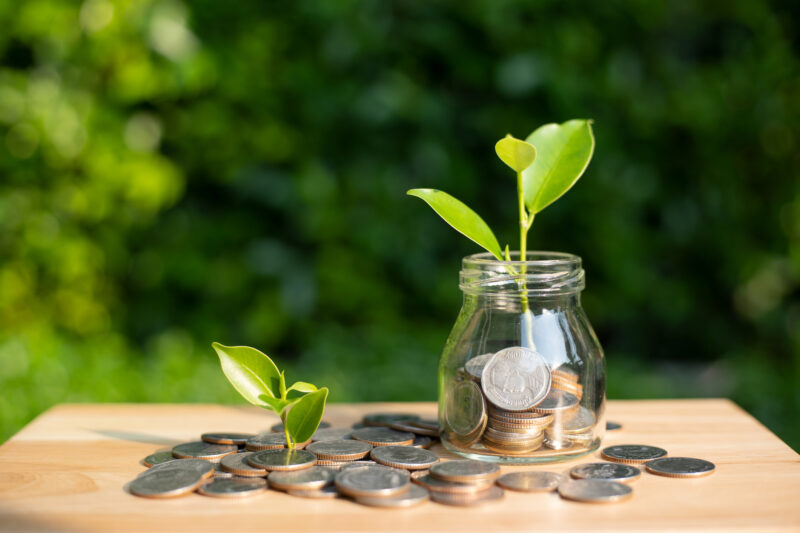 Mobilizing impact funds quickly in response to the pandemic

As chair of the San Francisco-based Jewish Community Endowment Fund, Laura wanted to explore expanding the market to social impact investing and began researching possibilities. The opportunity presented itself unexpectedly at the outset of the pandemic, in March of 2020. Hundreds of Jewish Bay Area residents had suddenly been laid off from their jobs, couldn’t pay rent, and needed help. Laura jumped in and within six weeks, helped mobilize more than $5 million in one- to five-year year recoverable grants to Hebrew Free Loan, benefiting hundreds of families hit hard by the pandemic. Slowly, borrowers returned to work and began to repay the no-interest loans, returning the funds to donors’ philanthropic vehicles, called a Donor Advised Fund (DAF). This led Laura to expand additional impact investing options for DAF holders at the Jewish Community Endowment Fund of San Francisco, and to take on a national leadership role on the board of Social Finance.

Emboldened by the success of these endeavors, we began sharing the crystallization of our thinking with our kids, friends, fellow investors and philanthropists. We found that others were excited to learn more about the opportunity to increase their impact by blurring the lines between investing in financial returns and social impact returns. They encouraged us to document our journey so others could benefit from it.

How we think about financial and social returns

Over time, our thinking about the various models of investing became more structured. We allocate our investments into 4 key buckets:

We invest in these because of their potential to deliver the highest financial returns. These investments generally take the form of stocks, mutual funds, venture capital investments or venture funds. The social impact is at best neutral — think gaming companies — and at worst, societally negative — think tobacco companies. We try to avoid the latter.

Financially motivated investments that have a positive impact on society

We invest in these because of their potential to deliver strong financial returns, but we’re also excited about their ability to generate positive societal returns. Examples include investments in clean energy, breakthrough medical technologies and sustainable meat alternatives. Now, there are venture funds focused exclusively in this space, funding minority-led businesses or only companies with positive social impact.

We invest in these because of their potential to deliver social returns and because the capital will be returned and can be reinvested for further impact. These investments are made using charitable dollars held at a DAF or private foundation. The return goes back to the vehicle that made the investment to be reused for charitable purposes. Examples include recoverable grants in projects like career impact bonds or CDFIs, which are nonprofit banks, called community development finance institutions.

Traditional philanthropy continues to be an important avenue for providing charitable support. We continue to invest in these because we believe in the Jewish value of giving without a reward. Whenever possible, we try to give in ways that support those on the ground doing the hard work rather than spending time writing up reports for us. Examples are philanthropic grants and charitable donations to nonprofits and grassroots initiatives as well as hosting fundraisers for causes we believe in.

In the traditional model of philanthropy, donors allocate a certain percentage of their wealth to charity through their annual assets, a private foundation or a DAF. Far too often, most of the money simply sits in the corpus, increasing in value to support some future philanthropy – but we are all so busy, it’s hard to make the time to decide on allocations quickly. There are too many problems to solve in our world to let these desperately needed financial resources just collect dust. By investing this capital in ways that will allow it to be recycled AND appreciated over time, we are deepening the scope of future investments while engaging in the ever-expanding impact economy.

Focusing more on buckets two and three allows us to increase the scale of our social impact by putting more of our personal and charitable corpus toward the work of doing good in the world. We encourage you to join us in blurring the lines in your portfolio to have the greatest impact.

Gary Lauder is a venture capitalist in Silicon Valley. He is an investor in over 150 companies and holds 17 patents. Laura and Gary have two adult children who live in New York City.