How to help interfaith couples Embark on their exploration of Judaism

After a year of thoughtful planning, Embark, an initiative sponsored by the Laura and Gary Lauder Family Venture Philanthropy Fund in partnership with JFNA, launched in Miami, Florida.

Josh and Katherine met on a geology study trip in Switzerland while attending college at the University of Pennsylvania.

Josh grew up in a vibrant and progressive Reform Jewish family and attended a Jewish elementary and middle school. Katherine grew up in Singapore and Hong Kong and did not have a lot of exposure to Judaism. 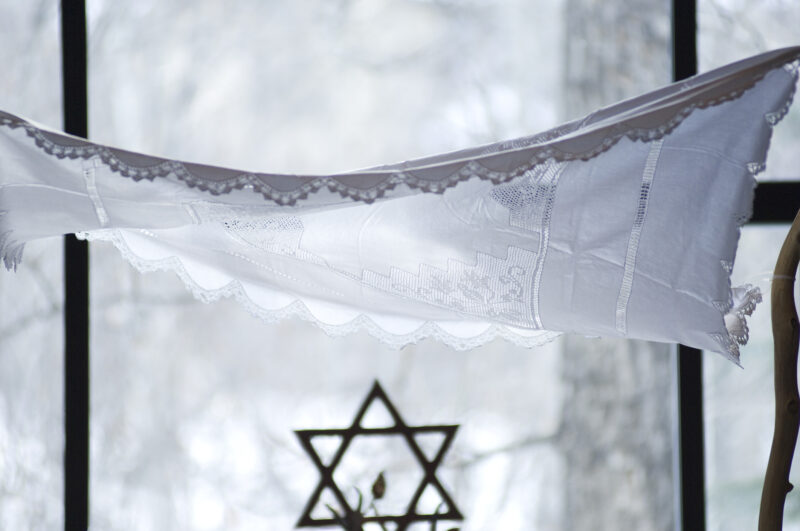 The two fell in love hiking in the Alps and got married under a chuppah wedding canopy last month. Along the way, they grew to admire each other’s cultures. Josh began learning Chinese and moved to Asia for two years, and Katherine loved the values that Josh inherited growing up in a Jewish family and an extended Jewish community. They decided to explore Judaism together through the Center for Exploring Judaism at Central Synagogue in New York City, where they lived. They studied the tenets of Judaism as part of a group cohort comprised primarily of other young interfaith couples. It was a transformative experience, establishing a foundation for Jewish learning and a sense of community upon which they plan to build their lives and raise their kids.

Today, Josh’s mother, venture philanthropist Laura Lauder, is helping other interfaith couples navigate their paths to exploring Judaism. Inspired by the power and efficacy of Central Synagogue’s program, Laura approached the Jewish Federations of North America about scaling the program nationally. After a year of thoughtful planning, Embark, an initiative sponsored by the Laura and Gary Lauder Family Venture Philanthropy Fund in partnership with JFNA, launched in Miami, Florida, on September 13.

Each Embark cohort consists of roughly 15 interfaith couples in their 20s and 30s who explore the foundations of Judaism and Jewish life under the leadership of a dynamic and relatable local rabbi; in Miami, it is Base Rabbi Adam Gindea. In addition to the cohort sessions, the experience includes monthly one-on-one counseling and gatherings such as Shabbat dinners and volunteer opportunities. The cohort model provides a mini-community that can outlast the group’s scheduled meetings, creating a framework for young couples to influence each other and become lifelong friends in a Jewish context.

Central Synagogue’s Center for Exploring Judaism program, which boasts close to 1,000 alumni, was founded in 2010 by Rabbi Lisa Rubin with guidance and encouragement from then-Senior Rabbi Peter J. Rubinstein and current Senior Rabbi Angela Buchdahl. Rubin noticed that the typical “Intro to Judaism” classes that were offered nationwide merely transmitted basic knowledge and weren’t giving many interfaith couples what they craved: acceptance and inclusion in Jewish life.

She took a more holistic approach, and the results were dramatic. Surveys showed that after the program’s completion, 86% of participants with children reported that they perform Jewish rituals with their offspring, and 84% of those without children said that they plan to raise them with Judaism as their primary religious identity.

The newly launched Embark program extends Central Synagogue’s transformative model with several Embark pilot cohorts launching throughout the country over the next two years. The initial cohorts are focused in the South and West, regions where the Jewish population is growing rapidly. After Miami, the next planned launch city is slated for Atlanta.

Over 70% of non-Orthodox American Jews intermarry, creating a sizeable demographic that lacks Jewish experiences and products tailored specifically to them. Embark leverages the tactics and methodologies of data-driven decision making from the business world to launch quickly and strategically, utilizing early test pilot data to inform iteration while tailoring each pilot to the local market.

Three overriding principles have guided the process: let participants shape the product, move fast to gain insights, and prioritize the experience. Embark conducted interviews and focus groups, made market research site visits, and created a measurement strategy that weighs data collection and user experience. From the beginning, Embark involved prospective participants across the country in key decisions about the pilot cohorts—how to brand them, what kinds of rabbis to hire, and how to craft an effective digital experience.

To avoid duplicating efforts, Embark will collaborate with existing organizations in the recruitment and handoff stages. The aim is to weave a tighter Jewish communal web in both the young adult space and the interfaith one. Many organizations strategize about how to handle pre- and/or post-programming for their participants – Embark neatly fills that gap. Through partnerships with the Base Movement and Honeymoon Israel, Embark will serve participants by building bridges across the Jewish ecosystem, testing various partnership models and using data to understand the needs of its target demographic.

Just as Abraham was told Lech Lecha —  go forth on a journey — Embark is setting out on a journey that will enable others to find their own meaningful pathways into Jewish life.

Dani Kupfer is the national product manager for exploring Judaism at the Jewish Federations of North America. For more information, visit Embark’s website embarktogether.org or reach out to Dani at dani.kupfer@jfna.org.