As inflation hits Americans’ wallets, camps and other Jewish nonprofits are feeling the pressure. 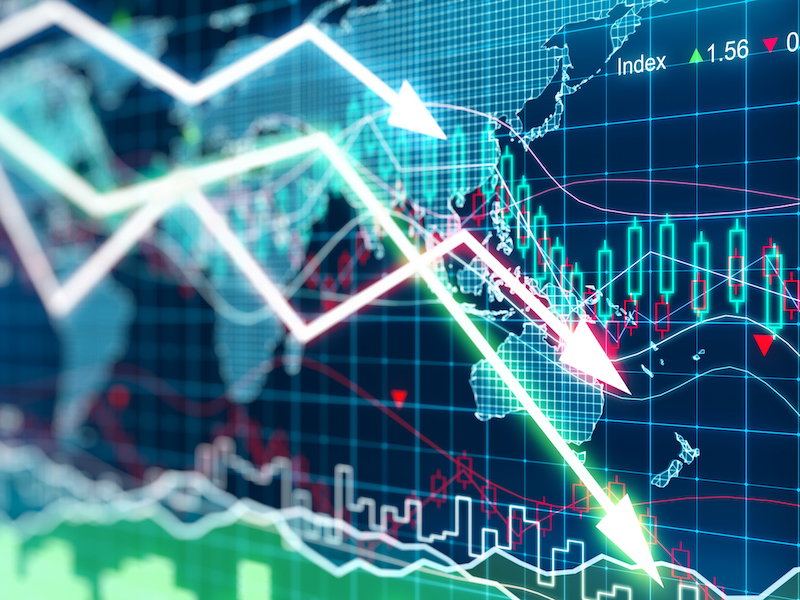 After two tenuous pandemic summers, Foundation for Jewish Camp CEO Jeremy Fingerman was expecting 2022 to bring a measure of normalcy to the Jewish camps movement. Attendance had essentially returned to pre-pandemic levels, and camps were recovering their financial losses from 2020.

But as the summer season approached, basic supplies were hard to obtain because of supply chain backups. And due to inflation, everything cost more. So although enrollment has bounced back, bringing an increase in revenue, camps are still filling gaps.

“Costs have increased significantly with rising inflation rates, [so] the increased tuition revenues will not offset those increased costs,” Fingerman said. “We’re [expecting] the camps to run their business with all the challenges they’re confronting, [and we’ll do a] full accounting at the end of the summer.”

The costs for the 320 camps in FJC’s network, which serve close to 175,000 campers in total, have increased in three areas: food and supplies, COVID-19 safety and precautions (including tests, which were provided by the government last year but which camps must pay for this year), and scholarships. A 30% increase in fuel costs, for instance, means that staff travel to camp will exceed its allotted budget, especially for camps with international staff.

A number of camps were able to dodge price increases: some camps, for example, bought frozen kosher chicken in February, before costs started rising; this summer, certain camps will be buying supplies in bulk to take advantage of volume discounts. Fingerman said that “camps in general have been very successful in fundraising,” citing “tremendous generosity from national, local funders, federations and individual camps’ parents and alumni” that ramped up in 2020, when nearly all camps needed to close.

As inflation hits Americans’ wallets, camps and other Jewish nonprofits are feeling the pressure. According to CNBC, 58% of Americans are living paycheck to paycheck, including 30% of those earning $250,000 or more.

The United States saw record gas prices as inflation spiked to 8.6% during the 12 months ending in May, with no signs of decreasing. Overall, the typical U.S. household is spending about $460 more monthly than it did last year to purchase the same basket of goods and services, wrote Mark Zandi, chief economist with Moody’s Analytics, for CNN.

Inflation is also impacting philanthropy. The recently released 2022 Giving USA American philanthropy survey showed that nearly $485 billion was donated in the United States in 2021, a 4% increase over the 2020 total. But due to inflation, the report indicated, it’s effectively the same amount as Americans gave in 2020. And an April survey of donors who gave more than $20 to charity in the past year, commissioned by the nonprofit consultancy Dunham & Company, indicates that donor pessimism is significant: 24% of respondents said they intend to give less this year or that they are unsure of their giving. Some 63% of donors say they plan to be more cautious in their giving this year and 9% said they will not give again until the economy is back on track.

But some Jewish nonprofit organizations remain optimistic despite inflation, in part due to an influx of government support and donations early in the pandemic.

“In a time of economic crisis, philanthropy is part of the safety net,” Andres Spokoiny, president and CEO of the  Jewish Funders Network, told eJP, citing the pandemic as an example of funders stepping up in ways they hadn’t before. Of JFN’s 2,500 members, 72% gave more during the pandemic than they had before it started. It’s also too early to see the full impact of inflation and its processes, since “there are many things happening at the same time,” he added.

“We have an objectively strong economy, low unemployment [and] economic reactivation that is easing the burden,” he said. “The scenario we most have to fear is stagflation, inflation with recession. That’s the nightmare situation for humans and the economy.”

North America’s more than 170 Jewish Community Centers are a good example of what can happen to nonprofit organizations with the confluence of the pandemic and inflation. At present, they’re experiencing programming challenges relating to inflation because everything is more expensive, especially on the heels of constrained operations during the pandemic, Jennifer Mamlet, chief development officer of the Jewish Community Centers of North America (JCCA), told eJP.

Pre-pandemic, 80% of JCCs’ revenue came from dues, program fees and memberships, and 20% percent from everything else, including government grants and support, federation allocations, endowment spinoffs and philanthropy.

In the early part of the pandemic, JCCs reassessed what services were critical and converted most tuition payments into donations to keep operations running. Federal government loans and grants from the Jewish Community Response and Impact Fund (JCRIF), a consortium of major Jewish organizations and funders, “put JCCs in a stronger cash position than they’d ever been,” Mamlet said. The centers, however, remained cautious about spending it, because it’s “very unsettling not to know how long inflation will impact businesses.”

Mamlet said she didn’t have data on numbers of donors across the country, but, anecdotally, was hearing stories of new donors emerging, not vanishing.

“It’s not that the economy hasn’t impacted individual or institutional donors,” she said, “but [for] local businesses and foundations, the stock market did better last year and they had more to share.”

But worry looms, she added, about the state of the economy and the prolonged nature of the pandemic. “Every time we think we’re coming out of it, we’re back in it,” she said.

“[It’s] worry and weariness that has people concerned about near-term financial strength,” she added. “The cost of gas alone, [and the] cost of running [camp] buses is up significantly. The fear is we’ll need more and more. There’s enough resources out there to support all organizations and JCCs; it’s a question of locally finding the right match to help [the local JCC] endure and position them for strength in the future.”

In searching for local support, some JCCs are trying to tell a different story to current and prospective donors than they used to, in part by deemphasizing the model of program fees. They’re also “thinking differently about what they can afford to do” without requiring participants to pay more for programs, Mamlet said. Many JCCs are shifting their language to appeal to donors, she added, asking them “to invest in programs and services of measurable and meaningful benefit to the community” even as they try to “return to the level of services before the pandemic.”

“An increase in collaboration and partnership across the organizational landscape has helped JCCs weather the storm,” Mamlet said. “When you rely on allies and partners, it alleviates the burden.” .

Part of the responsibility for changing behavior to weather inflation lies with nonprofits, Lisa Greer, author of The Philanthropy Revolution, told eJP. Shifts in the economy, the tightening of the supply chain and the rising rate of inflation “exacerbate existing issues, like focusing on the same donors over and over again, or not worrying about financial oversight,” Greer said. “As a donor, I don’t want to hear that the organization called to say, ‘We didn’t expect a supply chain issue and now we can’t deliver.’ They should have known, because you would have seen the signs.”

Greer added that whether it’s having a fire safe for important documents, a backup of your laptop data or a review of your portfolio so it can withstand a dip in interest rates or the stock market, “It’s your responsibility as head of the organization using donors’ money to make sure those things are protected.”

“When you’re running a nonprofit and have a board and constituents and grantees depending on you, there is no place for magical thinking,” Greer said. “A lot of nonprofits just put their hands over their eyes and ears and just wait for it to be over, rather than [thinking about] how they can make the most of this time. Let’s figure out how we can be protected.”

Spokoiny agreed that the tough economy is “an opportunity to look for more efficiencies,” or to seek to collaborate with other groups to avoid duplication. Joint procurement of supplies, he said, “should have been done 20 years ago.”

“Better late than never,” he said. “If inflation prompts them, that’s great. You get better service when you negotiate. There’s a lot of room to create efficiencies of scale.”

But despite inflation’s 40-year high, Spokoiny, who grew up in turbulent economic times, reminds himself to keep things in perspective. “I’m not panicking about inflation,” he said. “I grew up in Argentina where we had 500% inflation in a year. So 8% doesn’t even register.”