As a scholar of Jewish history, I know that myths concerning “Jewish power,” “control” and “conspiracy” have circulated in America since before the Civil War and continue until today. They provide a simple, albeit imaginary, explanation for bewildering social changes that people find hard to explain and confront.

The man who took a rabbi and three congregants hostage in Colleyville, Texas, on Jan. 15, believed that Jews control the United States of America. He told his hostages, as one revealed in a media interview, that Jews “control the world” and that they could use their perceived power to free Aafia Siddiqui, a Pakistani convicted in 2010 for trying to kill American soldiers and plotting to blow up the Statue of Liberty. The hostage-taker also demanded to speak to New York’s Central Synagogue rabbi, Angela Buchdahl, so that she would use her “influence” to help get Siddiqui released.

By invoking Jewish “power,” the gunman, later identified as Malik Faisal Akram, a 44-year-old British national, seemed to echo Siddiqui’s antisemitic views that Jews were responsible for the 9/11 terrorist attacks and had infiltrated American political and nongovernmental organizations. During her 2010 trial in New York, Siddiqui demanded Jews be excluded from serving on her jury. 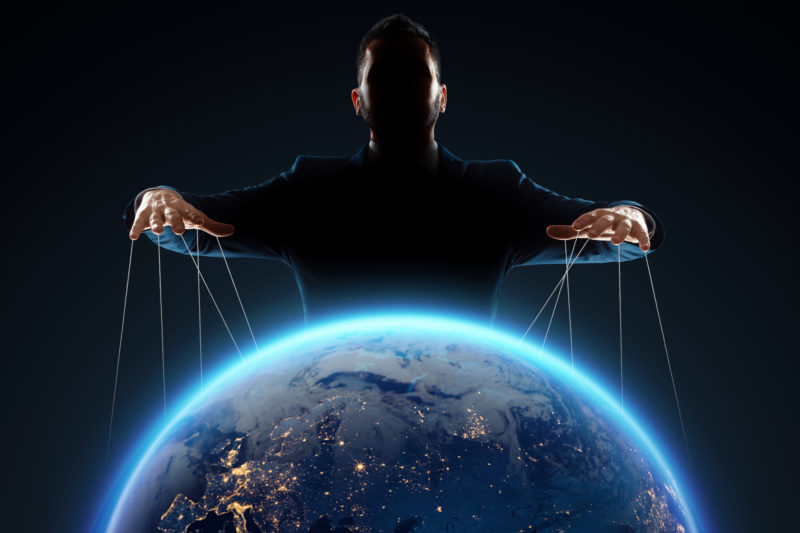 As a scholar of Jewish history, I know that myths concerning “Jewish power,” “control” and “conspiracy” have circulated in America since before the Civil War and continue until today. They provide a simple, albeit imaginary, explanation for bewildering social changes that people find hard to explain and confront.

As immigration brought Jews in larger numbers to America’s shores, particularly from Russia, one of the first overtly antisemitic books ever published in the United States, Telemachus Thomas Timayenis’ 1888 book, The American Jew: An Exposé of His Career, warned darkly that Jews had “acquired a hold on this country such as they never secured on any nation in Europe.”

Actually, Jews comprised much less than 1% of the population at that time. Still, Timayenis, seen as the “the father of anti-Semitic publishing in America,” claimed that they controlled Wall Street, the clothing and tobacco trades, politics, journalism and more.

Timayenis and his antisemitic books were largely forgotten for almost a century. Now, however, they are readily available through the internet.

A republication of one of his books carries a preface by J.B. Stoner, a neo-Nazi convicted of the 1958 bombing of Bethel Church in Birmingham, Ala. “The Jews are embarked upon a plan to conquer the world and to rule over all other races and nations,” it says. “By understanding the evil and aggressive nature of the Jew, we White Christians can better protect ourselves … It is our duty to publish this book for the benefit of the White Aryan Race in America and throughout the world,” it continues.

In the 20th century, the publication that did the most to disseminate the myth of a Jewish conspiracy to control the world was the forgery known as The Protocols of the Elders the Zion.

Described by the U.S. Holocaust Memorial Museum as “the most notorious and widely distributed antisemitic publication of modern times,” the work first appeared in Russia as part of a disinformation propaganda campaign by Russian monarchists to prop up the embattled Tsar Nicholas II.

Subsequently, the forgery went through numerous translations and adaptations reaching every corner of the globe. Its explosive allegations influence people to this day.

The Protocols purport to be the minutes of late 19th-century meetings attended by world Jewish leaders, the “Elders of Zion,” keen to take over the world. They set forth different stages of the supposed behind-the-scenes Jewish plan for global conquest: everything from manipulating the economy and controlling the press to promoting liberalism and pornography. They even articulate an ultimate goal: to reestablish the line of King David and anoint “the King of the Jews.”

The Protocols form a classic conspiracy theory. The work provides a compelling, easy-to-understand explanation that connects a wide range of disparate phenomena roiling society. Nothing happens by accident, the Protocols and all conspiracy theories insist, and things seldom are what they seem. Conspiracy theorists believe that powerful controlling forces – in this case, the Jews – shape and manipulate events behind the scenes.

Precisely because they offer a simple explanation – “the Jews are responsible” – and flatter believers into thinking they possess secret knowledge others lack, conspiracy theories like the Protocols are notoriously difficult to disprove.

After all, individual Jews, much like their non-Jewish counterparts, may well have engaged in some of the activities the Protocols and similar conspiracy theories describe. And the phenomena recounted – social, economic, political and cultural changes transforming the world – are certainly real enough. For many conspiracy-minded folks, that is usually validation enough.

Beyond the Protocols, a wide range of other conspiracy theories involving Jews have circulated over the past century. The great automaker Henry Ford, influenced in part by the “Protocols of the Elders of Zion,” devoted extensive resources in the 1920s to proving that the “international Jew” was the “world’s foremost problem,” responsible for perceived ills that ranged, in his view, from urbanization to the modern music and dance that he hated.

Under intense economic and legal pressure, Ford publicly apologized in 1927 “for resurrecting exploded fictions, for giving currency to … gross forgeries, and for contending that the Jews have been engaged in a conspiracy.” Yet Ford’s The International Jew remains available for purchase around the world, and many still download it from the internet and take it seriously.

Conspiracy theorists targeted the Rothschilds, famed European Jewish bankers, as well. Niles Weekly Register, perhaps the most widely circulated magazine of its time, reported in 1835 that “the descendants of Judah” held Europe “in the hollow of their hands.” It ascribed particular power to the Rothschild banking family which, it claimed, “govern a Christian world – not a cabinet moves without their advice.”

Almost 200 years later, echoes of the “Rothschild myth” live on in Congresswoman Marjorie Taylor Greene’s infamous 2018 post alleging that Rothschild-owned Jewish space lasers set California’s forest fires in order to clear out land for a lucrative high-speed rail line. In recent years, George Soros, a Hungarian-born American billionaire investor and philanthropist of Jewish origin, has been blamed like the Rothschilds for a host of what the extreme far right perceive to be society’s ills. These conspiracy theories falsely attribute to Soros the anti-Trump protests, refugee problems in Europe and the Black Lives Matter movement, among other trends.

In the Islamist circles from which Aafia Siddiqui and the gunman who took hostages in Colleyville sprang, however, the favorite conspiratorial target remains the Jews. Attacks on “Jews,” “Jewish power” and the supposed Zionist control of America are commonplace.

The reason has almost nothing to do with real Jews and a great deal to do with a phenomenon that historian David Brion Davis noticed some 60 years ago: In environments shaken by “bewildering social change,” people find “unity and meaning by conspiring against imaginary conspiracies.”

This article was originally published on The Conversation. Reprinted under a Creative Commons – Attribution/No derivatives license.