One of the challenges we must overcome is understanding our collective, and specifically our youth’s, self-identification with global citizenship. Whereas prior to the State of Israel’s independence the stateless Jew was relegated to her/his own group-identity (or ghetto), 1948 changed all that. Just as Herzl willed it, and predicted it, Israel – and by extension today’s Jew – has gone global.

Zionism, initially defined as the national movement of the Jewish People, has made a huge comeback onto global Jewry’s agenda. Organizations across the globe, including the Government of Israel, are investing tremendous resources into the reclamation and reeducation of Zionism. On the one hand the term has been hijacked by others for the purposes of delegitimization, anti-Israel activities and in some cases lending creed to the age-old dehumanization of Jews – and in the modern sense – the State of Israel. Depriving Zionism’s human qualities is a strategy employed by those who seek Israel’s destruction, nothing less.

Yes, anti-Zionism is antisemitism, hence the global Jewish response. On the other hand, the philosophy and practice of Zionism has not moved on with the times, as it had in the past. As a result, the disengagement from Zionism has led to the hijacking of Zionism. 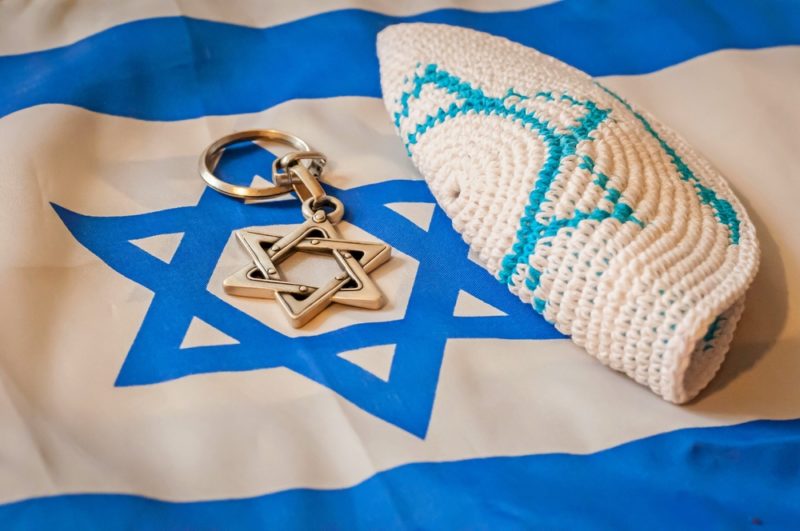 One of the challenges we must overcome is understanding our collective, and specifically our youth’s, self-identification with global citizenship. Whereas prior to the State of Israel’s independence the stateless Jew was relegated to her/his own group-identity (or ghetto), 1948 changed all that. Just as Herzl willed it, and predicted it, Israel – and by extension today’s Jew – has gone global. In reaction to global citizenship, ethnocentricity is seemingly less appealing. With the advancement of technology, high speed communications, accessible trans-continental transportation and high-volume global human-interactions, today’s Jew may find her/himself torn within the tension of Jewish-group self-preservation versus global-group-identity. Generally speaking, the social media generation inspired by the global trends, may no longer see themselves as “chosen”; not within the bare-minimum sense of belonging to one ethnic group, nor to the land for that matter, rather they seem themselves as are part of the larger global social-group of loosely affiliated and overlapping layers of group-identity (i.e., American, LGBTQ, universal values, global citizenship, entrepreneurship and more) competing with the collective Jewish identity and narrative. It is important that as part of our reclamation, redefining and re-education of Zionism, that we consider incorporating a global, perhaps ambiguous, understanding of what Zionism means today. Rather than trying to pinpoint what Zionism means, we may opt for a wider definition; a definition of Zionism that is wide enough to include the variety of sub-group identities Jews belong to, and safe enough to ensure historical continuity, peoplehood and mission, as part of Zionism’s original principle of taking action – anchored in national aspirations. If we expect others, including our youth, to feel included in our collective identity, we should feel comfortable enough exploring what Zionism means to others.

Here is what Zionism means to me:

Zionism is the physical manifestation of the Jewish soul. There. Ambiguous enough?

Transmission of Zionism is experiential; it is through experientialism – based on imminent truths – that we are connected to real-world events. We explore, we ask questions and we reveal purpose. Seeking clarity, purpose, and answers to difficult questions, permeates throughout our history. We identify inquiry and find purpose throughout Israelite cultic practice, Rabbinic Judaism and of course Zionism, all rooted in experientialism, in reaction to the world we live in. It was only after Jacob’s earthly wrestling with Gd’s presence that Jacob transformed to Isra-el: “…for you have struggled with Gd and with humanity and have prevailed…” (Genesis 32:28). Jacob underwent a transformation, as did Jacob’s “Children of Israel” whom upon earthly experiences – perhaps revelation at Sinai – transformed to the People of Israel, and later through post-exilic experiences to the Nation of Israel and of course the State of Israel, all experiential, all transformative and all in reaction to the world we live in and collective events we experienced.

Today’s Zionism seeks its next exposé.

Early Zionist thought was fed by visions of a utopia, of an Israel that would be perfect and once it came to be, the modern nation-state would initiate a wave of understanding and coexistence resulting in an ideal global community. The visions of a utopia have yet to be realized, if ever, yet entry into the global community of nations is a reality that continues to alter the Jews’ psyche from exilic and excluded, to welcomed and accepted – by and large – among the family of nations. As a result, and in reaction to ongoing geopolitical global events, Zionism as it was is questioned.

My hope is that we as a collective awaken, focus on what binds us, rather than what separates us and leapfrog Zionism into an era Herzl and our ancestors could only dream of. Moving forward will require us to let go of the past – not forgetting our past – but willing to move forward from the past and into a globalized perception of self, a global Zionist citizenship.

As no longer a people scattered in exile, but as a nation among nations we must see ourselves through a global prism, and only then will we be successful in reclaiming, redefining and re-educating Zionism, our destiny, succeeding in the delivery of l’dor va’dor, from generation to generation.

Rabbi Leor Sinai is secretary general of the World Confederation of United Zionists.