National Jewish organizations worry about Jewish life on campus and a gap between Israeli and American Jews. This program attempted to address both. 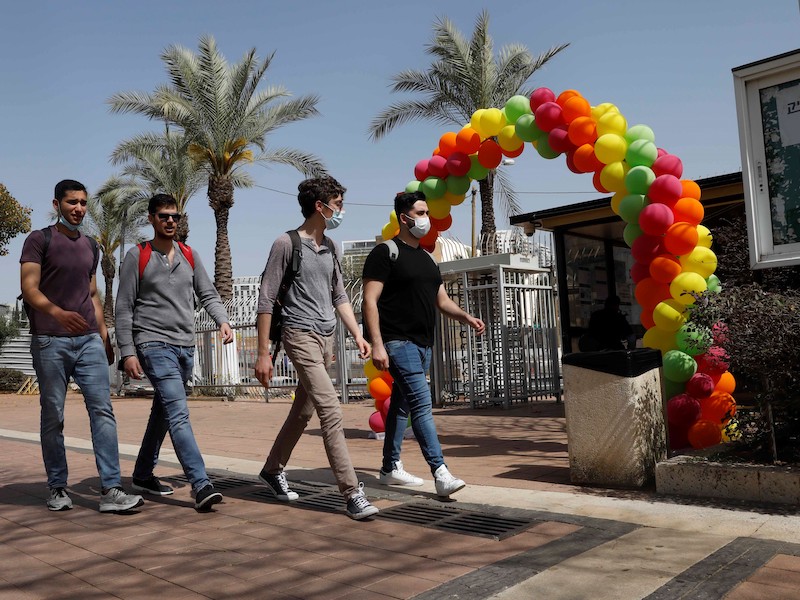 How should Jews define “freedom?” What’s Israel’s responsibility to non-Jewish asylum seekers within its borders? What should American Jews do to combat racism?

These questions were just some of the thorny issues tackled by a group of two dozen college students, half in New Jersey and half in central Israel, in a series of five conversations this spring that attempted to bridge the divide between the two countries by addressing sensitive topics head-on.

For decades, national Jewish organizations have fretted about the state of Jewish life on campus, and about a growing gap between Israeli and American Jews. This program, which involved students from Rutgers and Bar-Ilan Universities, attempted to address both — by pairing a dozen Jewish college students at New Jersey’s flagship school with their peers at a Modern Orthodox university outside of Tel Aviv.

The discussions took place every Sunday for five weeks and involved text study, small-group discussions and meetings between and within the two cohorts. The meetings primarily took place virtually to allow for the intercontinental partnership, though the Bar-Ilan cohort had a final, in-person meeting among themselves to close out the program.

Demand was high — more than 90 students at Bar-Ilan, from across the Jewish religious spectrum, applied for the dozen spots, while around 20 students at Rutgers applied. The program was funded by Hillel Israel as well as the Halperin Family Foundation.

“There were definitely a lot more differences between the American thought process and the Israeli thought process, especially on things like social justice and privilege,” said Samantha Gelber, a student participant from Rutgers now entering her sophomore year. “All of the [Israeli] students we talked to were so well-educated and informed and really opened my eyes to a lot more about cultural differences and how we can all still live together.”

The discussions that were the most “generative,” said Rabbi Jason Cook, Rutgers Hillel’s senior Jewish educator, were those that focused on issues related to identity, such as Israel’s self-definition as a Jewish state. For example, when students discussed immigration issues in Tel Aviv, Cook said, a large part of their discussion centered around what it means to be a Jewish state in the wider framework of responsibility and accountability to others. While American Jews have tended to be outspoken in advocating for immigrants, the status of African asylum seekers has divided Israeli society.

“This program was to facilitate relationships that our students would never have gotten in any other context,” Cook, one of the program’s facilitators, told eJP. “Everybody who participated in this program, I think, was moved in some way.”

There were some hot-button issues, however, that the program did not address. The students did not directly discuss the Israeli-Palestinian conflict, which Gelber called “odd.” But she added that it may have felt “unnatural,” as the program focused on Jewish identity, rather than examining the Palestinian experience.

Esther Abramowitz, Hillel International’s associate vice president for Global Israel Experiences and the facilitator for the Israeli students, noted that one conversation, on the experience of Jews of color, was a particularly hard one for Israeli students to understand, as terminology that may come naturally to Americans is not common in a state that’s majority Jewish, and in which most of the Jews hail from non-European countries.

“If you’re in Israel, [it] doesn’t make sense to think about that thing,” said Ron Cohen, a Bar-Ilan student who participated in the program, referring to the term “Jews of color.” “But when I thought about it deeply, of course it’s different.”

Cohen said he joined the program because of his love for meeting new people and learning about other cultures, and told eJP he found the experience “really good,” as it exposed him to different opinions, both from Israelis in his cohort and from his American counterparts.

Gelber, for her part, noted that Hebrew does not have a direct word for “privilege,” a term that animates much of American social justice discourse. She appreciated learning about Israel’s mandatory military service, part of whose mission is to narrow socioeconomic and cultural gaps in the country. And she found it “hard to understand” that the Bar-Ilan students live in a place where antisemitism is “not something they’re thinking about,” at a time when it’s on the rise in the United States.

Cook hopes the program will take place again next year. And Abramowitz hoped the students’ conversations with their “cousins from the other side of the pond” would have a positive impact on the Jewish world writ large.

“We just need to talk to each other, talk about really important questions,” she said. “And the more we can have these conversations, there will be less of a chasm.”