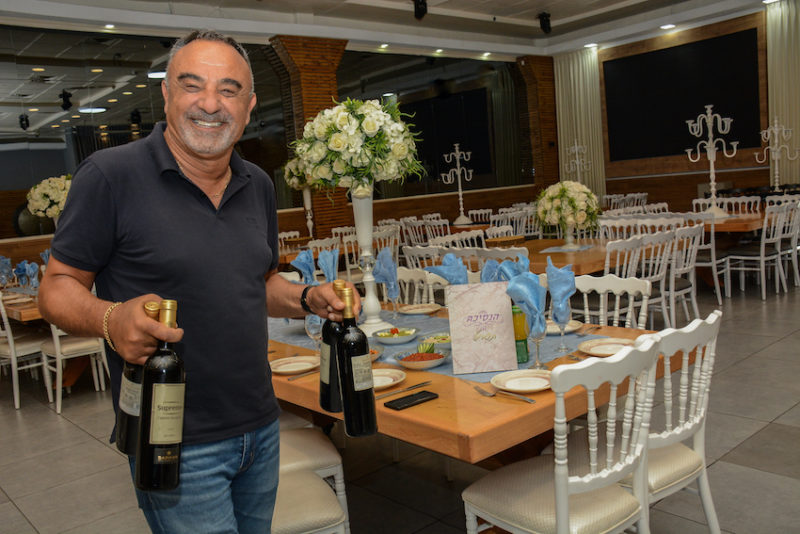 Thanks to a suggestion by Eugene Fooksman, one of WhatsApp’s founding engineers, Israeli small businesses and nonprofits now have a new source of low-interest loans — Keshet, the country’s first donor-advised fund (DAF).

“The donor who started this was Eugene,” Maya Natan, CEO of Keshet, Hebrew for rainbow, told eJewishPhilanthropy. “The first grant he wanted to do was an ‘impact loan,’” she added, using the term for low-interest credit extended to an enterprise with social value.

DAFs are increasingly popular — they are the fastest-growing vehicle in American philanthropy and held $142 billion in charitable assets in 2019, the most recent year for which complete data is available. Donors receive an immediate tax deduction upon depositing funds into the account. From there, they can donate the money to charity, or direct the fund to invest it for them, and donate it later. However, a DAF holder can also make impact loans instead of, or in addition to, donations; this is what Fooksman, who lives in San Francisco, wanted to do with Keshet, which is located in Shefayim, a kibbutz in central Israel.

Keshet, which is a nonprofit itself, and about a year old, wasn’t offering this service when Fooksman approached them, but both he and Natan knew a partner who could help make it possible — Ogen, Israel’s “social bank.” Also a nonprofit, Ogen’s mission is to provide financial education and broaden access to capital by making impact loans to small businesses and nonprofits.

“Americans need to know that everything we do in Israel in philanthropy is a first, and changes the landscape of giving in Israel,” Natan said. “So every time we see a potential avenue to support giving, we try to do it.”

“Making an impact investment can be time-consuming and complex,” Angel said. “In Israel, there are forms that have to be signed. It’s a time-consuming endeavor for busy people.”

Ogen facilitates that process by vetting the borrowers. Angel gave the example of an owner of an events hall in Beersheva who had to stop operating his business when the pandemic hit, but still had to pay suppliers, which he did with help from an Ogen loan. Now that weddings and other celebrations are again allowed, the owner’s business is thriving.

The social loan fund makes about $1 million in loans a week to borrowers, most of which have five-year terms, Angel said. Loans that come through Keshet are paid back with 1% interest.

Israel’s philanthropic system is relatively new due to the youth of the country, the economic struggles of the new state and the fact that Israelis pay high taxes in return for a social safety net that in the U.S. is backstopped by charity. The Jewish Funders Network (JFN), an American-based service organization for philanthropists who donate an annual minimum of $25,000 in the name of Jewish values, created Keshet with help from the Institute for Law and Philanthropy at Tel Aviv University and Committed to Give, which promotes philanthropy in Israel.

Natan directs JFN’s Israel operation, but will soon leave that post and focus full-time on Keshet, which manages NIS 100 million (about $30 million) for 55 donors. Fooksman, who made his donation in June, was the first and so far the only donor supporting Ogen’s social loan fund, Natan said. Keshet is now working to educate its DAF holders and other potential donors about impact investing.

“If we can do socially valuable things with the money that’s sitting in the donor-advised fund, I would rather do that,” said Natan; he was alluding to an American debate about whether DAF holders should be required to donate or loan the contents of their accounts within a certain time frame. In June, Sens. Angus King (I-ME) and Chuck Grassley (R-IA) introduced a bill that would impose such a deadline.

Keshet is different in this respect from American DAFs, Natan said. Holders of accounts containing less than NIS 1 million (about $300,000) must donate the money within five years, while those who hold larger accounts must donate 5% of the total annually.

The partnership between Keshet and Ogen helps both organizations do more to help Israeli society, said Michael Bloch, a former partner at the management consulting company McKinsey & Company and the co-founder of Israel Impact Partners, a nonprofit consulting firm.

“What Keshet is really doing is taking all the passive money stored in DAFs and putting them to high-impact use through Ogen until the philanthropist wants to give the money away. The best of both worlds — that passive DAF money is suddenly generating social impact,” Bloch said.

The relationship is also mutually beneficial, said Natan and Angel.

The regulations governing Ogen stipulate that it can only receive funds from 29 entities, and Keshet is an especially useful source because while it is growing, and serves many donors, it only counts as one entity for the purposes of those rules, Angel said. Ogen’s minimum deposit is $1 million, which is too high for many individuals, but more feasible for a group of donors whose contributions are aggregated by Keshet.

The return of the loan is guaranteed by Ogen and, in some cases, by the State of Israel, Angel said.

For Keshet and its donors, Ogen is helpful because it mentors its borrowers, and vets their proposals for creditworthiness.

“For us, it’s the lowest-risk loan that we could make,” Natan said.