Hide Search
You are here: Home / Readers Forum / Dues Are Not The Sole Stumbling Block for Young Families 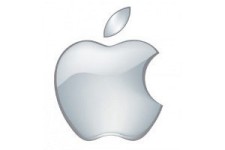 In response to Adina Kay-Gross’, article, September 8, 2013, “Should Young Families Have to Pay to Pray?”, of course, the answer is a resounding “No.”

But, I am concerned that a dues focused discussion misses a much larger point. In this season of t’shuvah, rather than simply bemoaning the cost of synagogue membership let’s turn to the more pressing question: are our synagogues engaging vibrant communities?

Has anyone else ever noticed, that more often than not, 90% of the laptops perched on the long communal table at a Starbucks are made by Apple? I often count. It is truly astounding. Dell, Toshiba, Lenovo – all provide similar functionality at much lower costs. And, yet, among the Starbucks cognoscenti, people pay up for Apple laptops.

Apple, Goldman Sachs, Nike, Chanel, McKinsey, Mercedes – all essentially provide commodity-like goods or services, but the market pays up dearly for these brands. The functionality of these goods and services are eclipsed by the perceived “value-added,” sizzle, pizzazz, even cache of buying these brands.

How often do McKinsey, Goldman or Chanel suggest dropping their prices to gain market-share? Not often. Engage in a race to the bottom? Never!

All the ink being spilled on dues vs no dues should instead be directed toward the quality of experiences people have when they encounter synagogues.

Ms. Kay-Gross spins the yarn of a fictional (or not) young urban couple who pays up for synagogue membership and is lucky to find a nurturing community which provides them the opportunity to “bask in the warm glow of baking challah.” No doubt they found a wonderful urban community that enriched their lives. I might add that paying dues did not seem to tarnish this experience. I suspect dues were irrelevant, mostly.

A move to the suburbs provided unsettling transitions including the search for a new congregation. While the couple was eventually presented with free holiday tickets, I would submit that the free tickets were not determinative of their engagement in the new congregation.

Instead, it was the experience of a shared story, an art project and baking challah at a PJ Library event. [Again, challah … maybe that is the key]. Simply put, in the author’s own words, “we enjoyed.”

The “we enjoyed” preceded the offer of free High Holiday tickets. Had they not enjoyed, then likely the free tickets would have ended up in the trash. But, it was the enjoyment, the intangible of a mother sharing an experience with her twins in a Jewish setting: the foods, the smells, the fun. Free tickets were merely the icing on the cake… or, more aptly, the egg glaze on the challah. (And, I deeply suspect, that eventually the couple will become dues-paying members).

Of course, no one should be precluded from synagogue participation due to money. Case closed. End of discussion.

Now let’s focus on how we transform the same ol’ synagogues into places which no longer bore us to tears, but rather speak to our deepest human needs.

Think about it… Apple, Mercedes and Chanel sell laptops, cars and clothes, respectively. How boring. And yet, they do an amazing job.

Synagogues have a huge headstart. Where else has the potential to speak to your soul, connect you to life-long friends, tap into a rich cultural, religious and spiritual traditions, provide a venue for the celebration of life cycle events, a place to mourn, educate you throughout your life and provide opportunities to engage in social justice? The list goes on and on.

Darn. Dues are the easy piece. Let’s now, together, clergy, volunteer officers, members and non-members, turn to creating life-giving vibrant spiritual and just communities. Communities that have more kick and pizazz – more meaning – than any new laptop, car or pair of shoes.

This really shouldn’t be that hard.

*Ironically Apple has just announced that it will be introducing a lower priced iPhone. However, this price reduction has come only after it has saturated the high end of the market. It would be a luxury to talk about market saturation in the context of synagogues.

Mitchell Shames is the President of the Board of Directors of Big Tent Judaism/Jewish Outreach Institute (JOI). He is also partner at Harrison Fiduciary Group in Massachusetts.