The institute has broadened the conversation around Israel on campus 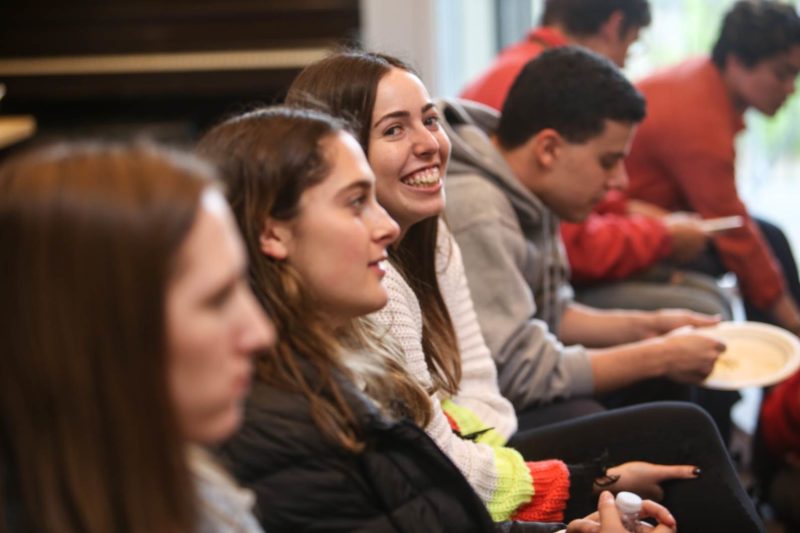 Leora Ghadoushi still remembers the day in 2015, as an undergraduate at the University of California Berkeley, when she first encountered pro-Palestinian students yelling “intifada” over a loudspeaker at the campus’ iconic front gate. Now in her last semester of law school at the University of California Irvine, Ghadoushi remembers that moment as being particularly difficult. As a student, it was also unsatisfying. She wanted a more robust conversation.

She found that conversation — and also, emotional support — at Berkeley’s Institute for Jewish Law and Israel Studies, which today will announce a new name. Buoyed by a $10 million gift from the Helen Diller Foundation, the institute will now be named the Helen Diller Institute.

“The campus was so tautly divided,” Ghadoushi said. “Most people didn’t understand the complexities of Israel and Jewish life.”

Today, there are still anti-Israel events and incidents on the campus. This past summer, Rep. Doug Lamborn (R-CO), co-chair of the House Republican Israel Caucus, sent a letter to then-Education Secretary Betsy DeVos alleging anti-Israel bias in the university’s Center for Middle Eastern Studies.

“Berkeley was always a place that grappled with issues of identity and Jewish identity and Israel,” said professor Ron Hassner, a political scientist who is one of the institute’s faculty directors, and who holds the Helen Diller Family chair in Israel studies.

There are fewer incidents of anti-Israel bias, however, and that’s in part due to the institute, said professor Jason Wittenberg, also a political scientist at Berkeley affiliated with the institute. “It’s normalized Israel on campus,” he said. The institute’s mix of disciplines, which include law, sociology, art, and music, have combined to “lower the temperature.”

Founded in 2011, the institute has its roots in efforts by professors to offer Israel-related classes and events. It’s based in the law school because its creator, Ken Bamberger, is a professor there. He’s also a faculty director of the institute. In the institute’s early years, the professors involved wanted to expand the program both to broaden it intellectually and to create more of a home for students who want to talk about Israel and Jewish law and identity. Initial supporters included the Washington, D.C.-based Israel Institute, the Rosalinde and Arthur Gilbert Foundation, the Koret Foundation and the Jim Joseph Foundation.

Today, the institute is composed of affiliated Berkeley faculty from departments across the university; about six visiting Israeli academics a year; and an undergraduate fellowship in which students help create programming. The institute also hosts scholarly and public events, such as a dance performance in Jerusalem’s Mahane Yehuda market, viewed virtually. The new gift will enable the institute to hire tenure-track professors and create an Israel Studies undergraduate minor in addition to summer programs, internships and trips to Israel, said Hassner.

The foundation’s gift is designed to provide future financial security by allowing the recipient to use only the income it generates from investments or interest, not the principal.

“The new gift does not cover even 50% of our expenses,” Hassner said, “but it gives us stability and permanence and confidence.”

The institute does not host government officials and is careful not to engage in any kind of advocacy, Hassner said. The professors who have visited span the Israeli political spectrum, said Wittenberg.

“I don’t think anyone affiliated with the institute wants to boycott [Israel], but that doesn’t mean they agree with the occupation,” Wittenberg said.

That openness was part of what Ghadoushi appreciated most about the institute. As an undergraduate fellow, she created a course about Israel with a professor that consisted of lectures and films, inspired by the Marlene Meyerson JCC Manhattan’s Other Israel Film Festival, which looks deeply at marginalized segments of both Israeli and Palestinian society. Ghadoushi worked closely with one of the institute’s visiting faculty members in putting together the curriculum, and felt that she and the professor  complemented each other well.

“She was very critical of Israel,” Ghadoushi said. “And I appreciated that; it’s important because those were backed-up arguments. She was a scholar.”