MyZuzah is receiving $10,000 over the next two years to provide kosher, fair-trade mezuzahs to domestic violence survivors 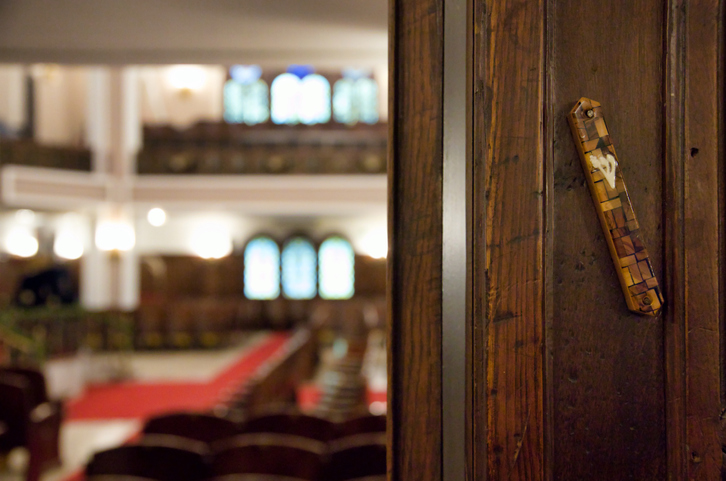 In the fall of 2021, MyZuzah, a project of the Mayberg Foundation that sources ethically-produced mezuzot to organizations and individuals for free, noticed that several of the people ordering a mezuzah had something in common: They were survivors of domestic violence.

In messages of thanks for the mezuzot, “we got a couple of anecdotes from people that said, ‘not only was a mezuzah [otherwise] expensive…but I had to flee an abusive relationship and set up my new household all by myself,’’ Alex Shapero, MyZuzah’s program director, told eJewishPhilanthropy. “The sense of protection afforded was also really important to these people.”

Now, MyZuzah is receiving $10,000 over the next two years to provide kosher, fair-trade mezuzahs to domestic violence survivors as one of seven grantees of the Safety, Respect, Equity (SRE) Network Open Grants initiative.

“This is a…demographic that people don’t talk about,” Shapero said. “In the Jewish world we’re still [struggling] with, how do you address and acknowledge and support individuals like this.”

Often, the effort to help domestic violence survivors is focused on basic necessities, such as housing, food, and making sure children continue to get an education. Meanwhile, spiritual health gets little attention. Shapero hopes MyZuzah can fill that void.

“Go back to Maslow’s hierarchy of needs, the existential and spiritual needs are also very important,” Shapero said. “But there’s no current institution or entity that is addressing that. So, not by bread alone, I guess you could say…People often feel very isolated. And one of the core messages of MyZuzah is that when Jews put up a mezuzah, it connects them to the fabric of a larger Jewish community.”

To protect survivors’ security, MyZuzah is partnering with local Jewish Family Services agencies and organizations, such as Sholom Bayit in San Francisco, specifically focused on addressing domestic abuse in the Jewish community. Domestic survivors can anonymously request a mezuzah through one of the partner organizations, and other than general demographic information, MyZuzah will not know who they are.

As part of the SRE grant, MyZuzah is also working with Jewish Women International and the Network of Jewish Human Service Agencies, the umbrella organization for local vocational and family services agencies, to create a more organized engagement program around the mezuzot for survivors.

“Someone can go to the person’s home, help them put it up and set it together, so they have a stronger sense of being part of a community,” Shapero said. “Or perhaps if there’s a support group that people are part of, [putting up a mezuzah] can be a collective activity…we hope that it can have a big impact on people’s lives mentally and spiritually.”