Hide Search
You are here: Home / Archives for The Mobile Web 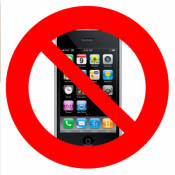 Bucking the trend of technology that allows people to tell everyone that they’ve checked into their local restaurant, cafe or bar, Reboot has developed a smartphone app that helps users “check out” of the internet altogether. The app ironically will use technology to shut down tec … END_OF_DOCUMENT_TOKEN_TO_BE_REPLACED

Less than two weeks ago a devastating earthquake hit Haiti and the world has responded generously. Text messages and giving, along with the role of social media in fundraising, has taken a huge leap forward in the public eye. Despite some of the results, this is not the golden … END_OF_DOCUMENT_TOKEN_TO_BE_REPLACED

from The Chronicle of Philanthropy (Prospecting): Cellphone Giving Not Without Its Potential Drawbacks, Says Advocate The unprecedented success of text-message giving after last week’s earthquake in Haiti is not without potential drawbacks, according to a leading proponent o … END_OF_DOCUMENT_TOKEN_TO_BE_REPLACED

from Business Week: Haiti Earthquake Provokes Wave of Text Donations It's unclear yet whether the text campaigns will succeed in raising more money overall for Haitian relief efforts by convincing the younger generation to give, or whether the phenomenon represents a shift … END_OF_DOCUMENT_TOKEN_TO_BE_REPLACED