A preliminary IDF Homefront Command medical delegation, comprising two doctors and a Homefront Command officer, arrived today (Monday 21 March 2011) in the Miyagi prefecture north of Tokyo and have begun their appraisal of requirements that will enable the dispatch of the … END_OF_DOCUMENT_TOKEN_TO_BE_REPLACED

The Government of Israel has offered aid to the Japanese government after the 8.9 magnitude earthquake that hit Japan on March 10th, followed by tsunamis across the Pacific Ocean. Widespread death and destruction was caused by the earthquake and tsunamis. According to … END_OF_DOCUMENT_TOKEN_TO_BE_REPLACED 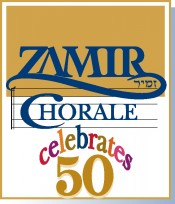 Lincoln Center will be alive with Jewish music March 27 as more than 250 teenagers from across the United States and Israel gather to celebrate the 18th anniversary of the founding of HaZamir: The 6 p.m. concert will be held in the Rose Theater, the home of Jazz at Lincoln … END_OF_DOCUMENT_TOKEN_TO_BE_REPLACED

Interested in a quick dip in the Caribbean between classes or an after-class run down the slopes? Hillel’s newest groups offer Jewish students the opportunity to do both, and more. Hillel’s Soref Initiative for Emerging Campuses recently approved the affiliation of 21 new “Sm … END_OF_DOCUMENT_TOKEN_TO_BE_REPLACED

There is an alarming trend of gender segregation and gender discrimination in Jerusalem, spearheaded by segments of the ultra-Orthodox community. Examples include gender-segregated buses, which are currently growing in occurrence under the authority of the Ministry of … END_OF_DOCUMENT_TOKEN_TO_BE_REPLACED