Hide Search
You are here: Home / Archives for Announcements

Five young, passionate and exceptional Jewish educators making impact today, and holding great promise to be leaders in the field in the future, are the 2014 recipients of The Covenant Foundation’s Pomegranate Prize. Representing a range of educational venues and approaches, r … END_OF_DOCUMENT_TOKEN_TO_BE_REPLACED

Over 500 communities will participate in the Global Day of Jewish Learning on November 16, 2014. The Global Day will be the largest Jewish unity event ever to take place, spanning 40 countries across 6 continents. Participating communities are as diverse as Brooklyn and … END_OF_DOCUMENT_TOKEN_TO_BE_REPLACED 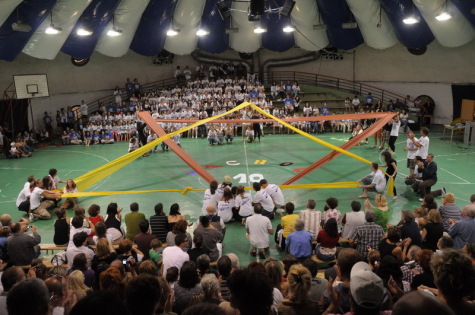 The Szarvas Fellowships program is accepting applications for summer 2015. The fellowships offer an opportunity to attend the largest international Jewish camp in Szarvas, Hungary with a pluralistic group of teens from across the United States and Canada. This program will … END_OF_DOCUMENT_TOKEN_TO_BE_REPLACED

The Charles Bronfman Prize is now accepting nominations for its 11th annual Prize recognizing dynamic young humanitarians, inspired by Jewish values, whose innovation and global impact serves as inspiration for the next generations. Now entering its second decade, The Charles … END_OF_DOCUMENT_TOKEN_TO_BE_REPLACED