Hide Search
You are here: Home / Archives for Announcements

Yeshiva University Center for the Jewish Future (CJF) has announced that it is now accepting applications and nominations for Cohort V of its Certificate Program in Experiential Jewish Education. The Certificate Program provides outstanding in-service practitioners with tools, … END_OF_DOCUMENT_TOKEN_TO_BE_REPLACED

The René Cassin Fellowship Program (RCFP) is a one year educational program on Judaism and human rights for young professionals (ages 25-35) with hubs in London, New York and Jerusalem. The program involves intensive interaction between the three centers of Jewish life, a study … END_OF_DOCUMENT_TOKEN_TO_BE_REPLACED 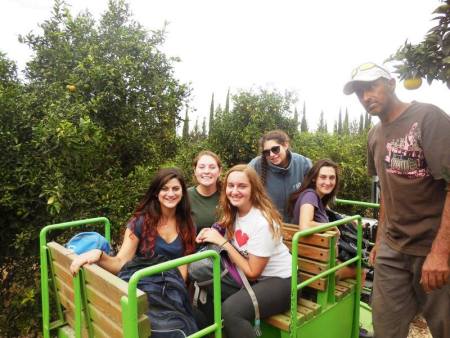 The Alexander Muss High School in Israel (AMHSI) and Jewish National Fund (JNF) believe in the potential for tremendous impact the next generation of Jewish leadership will have visa vie Israel and the extended Jewish community. In light of the challenges Jews face today both in … END_OF_DOCUMENT_TOKEN_TO_BE_REPLACED

Collaboration between Big Tent Judaism and Torah Topics for Today brings ancient wisdom to modern families “LifeHacks From My Grandparents” is a new website and email listserve that presents a modern spin on Jewish teachings, a toe in the water of Torah study to get at the ess … END_OF_DOCUMENT_TOKEN_TO_BE_REPLACED

The Association of Independent Jewish Camps (AIJC) has been established to create an opportunity for independent not-for-profit Jewish camps to collaborate in their continued efforts to grow and thrive. The AIJC will allow independent camps to leverage the member benefits of a … END_OF_DOCUMENT_TOKEN_TO_BE_REPLACED