Designed to appeal to the cryptocurrency community, Endaoment’s roots are at Eisner Camp 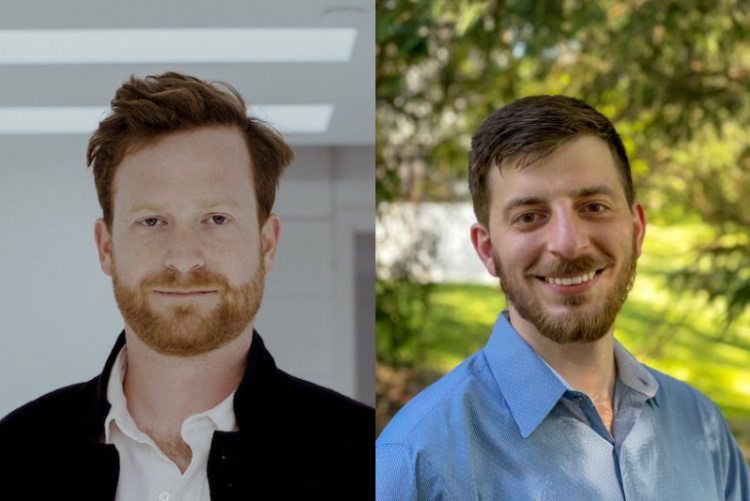 Zach Bronstein and Robbie Heeger, who are working together to create Endaoment, a nonprofit donor-advised fund (DAF) that accepts donations in cryptocurrency, trace the spirit of their high-tech work to a very low-tech experience — their nine summers together at URJ Eisner Camp in Great Barrington, Mass.

In 2007, they helped the camp community adopt its current mission, which emphasizes the rabbinical saying, “You are not required to complete the work, nor are you free to ignore it.” They say the mission motivates them to this day, and their shared history helps their collaborative efforts.

“It’s really hard to start something new,” said Heeger, Endaoment’s CEO, who hired Bronstein, the company’s chief operating officer, as his first employee. “When you’re starting to build a team, it’s almost a secret weapon to have someone who you really trust.”

Heeger, who worked for six years at Apple Inc.’s headquarters in Cupertino, Calif., started Endaoment in 2019 to combine his interest in cryptocurrency with his philanthropy. Bronstein has worked in Jewish communal roles, including as a program developer at Eisner, and earned an MA/MBA from Brandeis University’s Hornstein Jewish Professional Leadership Program in 2016.

Heeger was inspired to create a nonprofit DAF that converts cryptocurrency into dollars for the purpose of charitable donations because he saw a gap in philanthropic infrastructure. There were nonprofit DAFs, such as the one at the San Francisco Jewish Community Federation and Endowment Fund (SFJCF), which accept donations and directs them to charitable institutions at the giver’s recommendation. Heeger himself holds an account there.

DAFs are a popular vehicle for charitable contributions — assets in DAFs rose 16.2% to $142 billion in 2019 — because they provide the same tax deduction as individual donations, but simplify the associated paperwork by centralizing records of checks and receipts. Most nonprofit DAFs, however, lack the technology to process cryptocurrency donations.

Fidelity Charitable, which has made $51 billion in grants recommended by its DAF holders since its inception about 30 years ago, and other big DAFs affiliated with for-profit companies do have that technology. But for those companies, DAFs are part of their business, Heeger points out. Their instinct to keep donors’ money in their accounts, and charge fees on them, is in conflict with their stated purpose of getting the money out to nonprofits who need it, in his view. He argues that Endaoment’s mission is better aligned with the spirit of philanthropy.

“We have always wanted to find a way to give back to the community that gave us so much and the nonprofit world more broadly,” Bronstein said.

Endaoment charges a 1.5% fee for all donations — .5% when the money cryptocurrency comes in, and 1% when it goes out in the form of a dollar-denominated donation. The fees levied by-profit DAF administrators vary, which means donors might need to comparison-shop among them. Often, they are levied according to a tiered structure and can escalate with the amount deposited in the DAF.

The market for cryptocurrency — the broad term for bitcoin, ethereum, ripple and other digital currencies whose transactions are encrypted, but unregulated, by any government — is volatile, but growing in value. Increasingly, investors who trade in cryptocurrency and find themselves making big taxable gains are opting instead to use the asset to make donations to causes they support. In 2020, donors contributed $28 million to DAFs run by Fidelity Charitable, up from $13 million in 2019.

Heeger was happy with his DAF, but as a cryptocurrency investor, he also wanted to make gifts in that asset class, as well. He and the SFJCF started working together on how to accept cryptocurrency donations, and because Heeger was learning how to code at the time, he took the concept on as his first big project.

Another way to help nonprofits gain access to gifts from cryptocurrency investors would be to give them the technology that Endaoment uses, but it’s so complicated that most of them are not able to use it.

“Endaoment existing as a separate entity allows any nonprofit, including single staff member orgs, to accept cryptocurrency donations as U.S. dollars — we want to ensure this new source of funding is available to everyone,” Bronstein said.

Endaoment has accepted $2.5 million in gifts, $1.8 million of which has already been donated. In addition to the SFJCF, Moishe House, the global Jewish housing network for young adults; Sefaria, the online repository of Jewish text; and the Union for Reform Judaism are able to accept cryptocurrency donations through Endaoment, Heeger said.

One of the biggest challenges in launching Endaoment has been the task of bringing two very different cultures — that of crypto-donors on the one hand, and traditional nonprofit organizations on the other — together on the Endaoment platform.

When it comes to the organizations that sign onto Endaoment in order to receive donations in cryptocurrency, the main barrier is simply one of understanding, Bronstein said. A half-hour phone call usually enables him to explain that there’s really no downside or risk to the recipient of a grant in cryptocurrency.

When talking to holders of cryptocurrency, Bronstein and Heeger have found that the quality of their code is a selling point, as is their willingness to be transparent. Endaoment’s website tracks donations taken in and grants made in real time, Bronstein said.

“Robbie knows that this donor class is looking for a simple, fast solution,” said Kerry Philp, a spokesperson for the SFJCF. “Any donor-advised fund holder can give cryptocurrency in one online sitting, with no paperwork involved.”

The nonprofit and the cryptocurrency world are very different, but also share important ideals, Heeger said.

“Philanthropy and the crypto community are both about inclusion, transparency and equality,” he said. “But the crypto space has little notion of how philanthropy pursues those values, and vice versa.”