Beyond “Religious” and “Secular”

What should be the place of the Jewish religion in a Jewish state? There are many putative answers to this question, and the answers have changed over time.

When Zionism was still an aspiration, a great blank yet to be filled in, the terms of debate were set by a self-confidently secular dispensation preoccupied with state- and institution-building. In the first few decades of statehood, religion, though state-established, was clearly subservient; the state itself performed the role of forging community and promulgating social and indeed spiritual norms.

For some while now, that has no longer been the case. On one side, we have the ideological mobilization of religious Zionism via the settler movement, the growing assertiveness of ultra-Orthodox (haredi) Ashkenazi parties, and the emergence of the Sephardi Shas party. On the other side, we have the steady crumbling and internal ideological enfeeblement of the once-regnant Zionist ethos. Put a little differently, the state and its institutions are no longer the charismatic center of society and the commanding repository of its identity.

Amid this fragmentation, with Jewish and Israeli identity up for grabs, the country is becoming a great laboratory of religious ferment and experimentation. Some observers see signs of a renaissance in the shape of renewed engagement with classic texts, freewheeling forays into neo-Hasidism, Kabbalah, New Age Judaism, and other forms of spirituality, and the embrace of neglected traditions in music and art.

But where in all this is halakhah – the Jewish legal tradition? What is the place of the mitzvot (commandments) as a normative system and a way of thinking about and living one’s religious commitments?

Two just-published essays in Hebrew have tried to reframe the question and suggest some answers. They appeared together in the April 15 weekend supplement of the daily Makor Rishon, which sees itself as the nationalist and religious-Zionist counterpart to Haaretz. The paper’s weekly Sabbath supplement affords a broader platform, enabling a range of writers to thrash out the meanings of Jewish culture and religion in a Jewish state, with an intensity reminiscent of the fervid Hebrew and Yiddish press of an earlier age.

In the case at hand, the two writers, Ariel Picard and Yoav Sorek, both of whom are steeped in contemporary Orthodoxy, put forward ideas at variance with its standard views.

Picard, formerly the rabbi of a religious kibbutz and an accomplished scholar and educator now associated with the Hartman Institute in Jerusalem, limns a conception of halakhah as, in his words, “a framework of norms” that, the inroads of secularism notwithstanding, makes sense within, and can even become a basic necessity for, contemporary Israeli culture.

There have been, Picard writes, two broad streams of thinking about Jewish law, each best exemplified by a great medieval thinker. For Yehuda Halevi (c. 1075-1141), the truths of prophecy and revelation issue directly from God and are vouchsafed by the chain of tradition. For Maimonides (1138-1204), those truths are mediated by the exertions of human reason. The respective outlooks of these two thinkers – roughly, tradition and obedience vs. interpretation and intellectual cultivation – have vied with one another throughout the course of Jewish religious history.

Turning to the present, Picard avers that the first model commands the allegiance only of the already faithful, and then only by keeping its engagements with modernity to a minimum. The second, however, offers the possibility of combining fidelity to tradition with outward engagement. That is, even if halakhah cannot (and should not) function as the law of a liberal democratic state like Israel, it can and must serve as a normative voice within civil society and in that society’s debates over the shape and meaning of community and identity.

Central to Picard’s project is Sabbath observance, not as something to be coerced – to the contrary, undoing religious coercion is of vital importance to him – but as the enactment of powerful moral ideals, a means of educating all of us how to retain our humanity and its trace of the divine in a market- and media-driven world. Indeed, it is the living reality of Jewish statehood that for Picard makes possible just this sort of head-on engagement of halakhah with the larger society and culture.

Picard’s presentation, appealing as it is, is open to criticism; in particular, halakhists throughout history have created a range of Jewish legal cultures much more supple and nuanced than his stark dichotomy suggests. But unorthodox as his views definitely are, they are downright staid when compared with Sorek’s. The latter’s essay is entitled “The Challenge: Undoing Religious Society” – a task he means to accomplish while keeping the mitzvot alive and kicking. This is a theme that Sorek, the forty-one-year-old editor of Makor Rishon‘s weekend supplement, has been developing for years: in essence, an effort to reframe halakhah from a set of formal requirements into a way of life.

Sorek articulates the sentiments of a real swath of his generation of religious Zionists for whom the static classifications of “religious” and “secular” fail to capture the quality of their own experience, let alone their moral and spiritual intuitions. Sorek’s answer to this dissonance is to relinquish the inevitably sectarian distinction between the two terms in favor of a pan-Israeli Jewishness that will “throw open the fundamental issues of our lives to deep and significant discussion.” He invokes a talmudic precedent in the idea of the Oral Torah: the creative interpretation of revelation by each generation.

What, in Sorek’s vision, would Israeli society look like? First, he says, it would be a place where the current rabbinic establishment has been divested of its statutory power, women have attained halakhic equality, and the “religious” community no longer sees itself as set over and against society as a whole. In this (admittedly utopian) future, currently “secular” Israelis will at long last feel free to engage with Judaism on their own terms. Of course, some will be more strictly observant and others less so, but the various groups will fundamentally respect one another within a now-common framework of norms and values.

Predictably, of the two essays, Sorek’s has thus far generated the greater discussion; the May 6 Makor Rishon featured eight substantial responses, without counting all the “talkbacks” on the paper’s website and a fascinating discussion at one of the more adventurous haredi websites.

Some readers have vigorously criticized Sorek for advocating what amounts to spiritual mediocrity and recklessly discarding the idea, long held dear by religious Zionists, that halakhah could itself be the blueprint for a modern society. Others, more sympathetic, note that realizing Sorek’s ideas will require both a long-term strategy and a willingness to let things play out in unexpected ways; for these critics, the true religious revival will have to come from within secular Israel, and in the meantime the distinction between the two options – “religious ” and “secular” – provides a richer understanding of Jewish life.

In a way, both Picard and Sorek can be seen as advocating American models of religion. In Picard’s case, the model is that of American Judaism: i.e., Judaism as a vibrant participant in public debate and cultural creativity within an overarching framework where the state would provide a (Jewishly-inflected) civil religion and the domestic peace and space for both civil society and religious life to flourish.

By contrast, Sorek, though he doesn’t say so and may even be unaware of it, seems to be urging the adoption not of American Judaism but of American Protestantism. It’s all there: the separation of ecclesiastical and political authority, religion as a mix of individual conscience and communal and cultural cohesion, a broadly-shared and religiously-infused sense of national destiny, a diffuse denominational structure holding together a common core of identity.

That is perhaps not so surprising. Both Protestantism and Zionism, along with a host of other modern movements and phenomena, reflect the loosening of old boundaries between immanence and transcendence, heaven and earth, and an affirmation that the truest truths come from within. A nuance is that Sorek’s privatized religion is simultaneously a matter of national identification; indeed, the subjective conscience at the heart of his vision seems more attuned and answerable to the nation than to God. Remaining far from clear in that vision is the place of Israel’s non-Jewish citizens and minorities; likewise, the place of Diaspora Jewry in his understanding of Jewishness itself.

America aside, another influence on both Sorek and Picard is the legacy of the great Zionist poet Hayim Nahman Bialik (1873-1934) – who, after decades of being relegated to the dusty pantheon of Hebrew letters, has recently been enjoying a renaissance of his own.

Bialik’s shadow is twofold. In his classic essays and speeches, he powerfully expounded the notion of a “new halakhah” that would replace the classical body of law with obligations and commitments that speak to a very different era. But in his poems, and in his very persona as a devoted yeshiva student whose strivings exiled him from the study hall that he never stopped loving, and from the ethereal Jewishness of the Diaspora to the rough-and-tumble of the Land of Israel, Bialik has become a model to many.

Not least among Bialik’s heirs is the segment of contemporary Israelis known as dat’lashim (short for datiim l’she’avar, or formerly religious). Unlike those religious Israelis who go wholeheartedly secular and abandon Judaism entirely, dat’lashim as a group remain pendant between the two worlds, clearly outside the formal ambit of Orthodox authority and institutional religion generally (so that Reform and Conservative Judaism are not an option) yet still in love with its texts and intensity, and with the restlessness of their own searching.

Sorek, who remains personally observant, is in a sense conceptualizing the inner world of these Israelis, with all its contradictions and complexities. (As one wag has suggested, in Sorek’s vision every Israeli would be enjoined to make annual pilgrimage to a Leonard Cohen concert, there to offer the biblical Paschal sacrifice.)

Whatever one makes of them individually, however, Sorek and Picard, along with Sephardi figures like Meir Buzaglo, recognize just how crabbed and constricting the categories of “religious” and “secular” truly are, and are trying from different directions to think through Israel’s current cultural impasse and beyond the tired and destructive religious status quo. They thus present a bracing challenge to self-described religious and secular alike, and a daring demand to grasp the responsibility for the Jewish past and future that comes with living in freedom in the Jewish state. 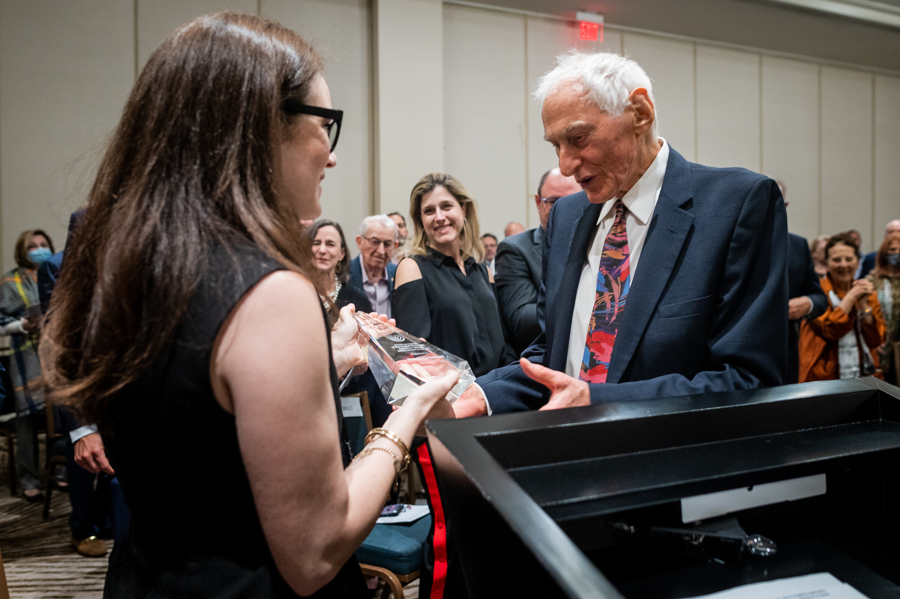 Your Daily Phil: New ADL report on antisemitism on campus + CEOs in the Jewish workspace

The rise of privatized Judaism: What it is and what it means

Should the Jewish community challenge progressive ideology or just its portrayal of Jews?

The job multiverse: How similarly do CEOs and employees experience work?