As we leave Egypt and COVID, we cannot simply ‘go back’ to the past (Passover 5781)

If you have a European or Middle Eastern heritage and you grow up in the Southern Hemisphere, you suffer from permanent cognitive dissonance. You may read about stars and constellations, but you’ll never see the Ursa Major in the sky. Or you’ll find it between funny and pathetic to celebrate midwinter traditions — designed for colder climes — in the sweltering summer heat.

For Southern Hemisphere Jews, there’s an added problem: Most Jewish holidays are inextricably linked to a season. The upcoming holiday of Passover is “the holiday of spring,” so much so that the need for it to fall always in this season determined the structure of the Jewish calendar – which is, uniquely, both solar and lunar. 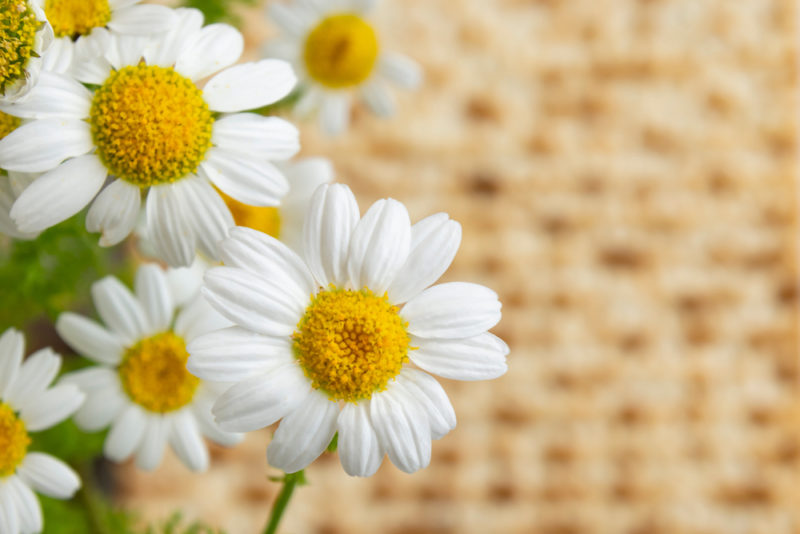 As one of those Jews that grew up in the Southern Seas, it took moving to the Northern Hemisphere for me to see the rich and meaningful link between the festival of freedom and spring, with both freedom and spring linked by the promise of renaissance and renewal.

In spring, the earth wakes from its long wintry lethargy, and we suddenly feel that everything is possible and that the hardships of the winter can be forgotten, as the biblical Song of Songs (read on the Shabbat of Passover) so uniquely put it:

The exhilaration of freedom is similar. After the long, dark of oppression, we feel the warm and shining light of liberation and hope. Think of the scenes at the fall of the Berlin Wall, or the smiles on people voting for the first time in a country hitherto dictatorial, or even the crowds in Cairo when they thought that democracy and freedom was finally within grasp. Not in vain these events are called “spring,” like the Prague Spring of 1968 or the Arab Spring of a few years ago.

Freedom is a rebirth, an opening of possibilities and a promise of a better future. Just like spring.

There is however, a key difference. Spring is cyclical and predictable, as the flow of the seasons always is. Following what they observed in nature, most ancient cultures developed the idea that time and history were cyclical. The corollary of that notion is that there can’t be any real change or transformation. As Ecclesiastes, the biblical book most influenced by Greek philosophy, says: “What has been, will be again; what has been done will be done again; there is nothing new under the sun.” Spring brings succor, but it’s a return, not a transformation; it’s going back, not going forward. Yes, spring makes the earth reborn, but it’s only because in its circular motion, the train of time has stopped in that station. The next winter is going to be essentially similar to the past one, and the spring that follows will be like this one.

And that’s where Passover differs from spring (and Judaism from all ancient cultures).

For Judaism, time is not only cyclical; it also moves upwards. It’s more an ascending spiral than a circle. Freedom, therefore, is not simply “going back” to the time before slavery. Freedom is a springboard for transformation; it’s the beginning of a new project for the people. Passover is a careful dance between return and renewal, between restoration and change. Yes, we renew the alliance of the Patriarchs, but we also establish a new pact with God and with each other. After liberation, we don’t just seek to go back to a mythological idyllic past, but to create a new society informed by our experience of bondage. “We were slaves in the Land of Egypt,” the Bible repeats obsessively, to ensure that we remember that our commonwealth needs to differ from what we left behind. Our new society doesn’t content itself with being the pre-slavery one, but one that embodies the “anti-Egypt,” one that yearns to banish oppression and enshrine justice.

As we start this spring, we are starting to imagine the end of our long pandemic winter. We are justified in celebrating “Chag Ha’aviv,” the Festival of Spring, and, as this season brings back flowers and songbirds, we seek to return to many of our pre-COVID routines. We see the value of simple things: meeting with friends, hugging our family, going to the movies, and eating out. But we are also called to celebrate “Chag HaPesach,” which is not just the holiday of freedom, but of transformation. The one that gives birth to a new project, to a new and better society.

In my annual address at the JFN conference last week, I spoke of the inadequacy of the term “resilience” for our current moment. Resilience means, in Latin, “going back to the previous state.” But for the Israelites, it would have been wrong simply to “go back” to the past. Instead, they leveraged their traumatic experience into a new vision, one that changed us, and the world. The same is true for us as we leave the pandemic: While some aspects of our lives may “go back to normal,” we should resist the temptation of a mere return. Out of the crucible of this crisis a new and better world should – and must – emerge. Over our history, Jews mastered a subtle art, that of preserving and changing. Passover is a holiday of restoration but also one of imagination and courage. The Israelites had left their land as a band of shepherds that shared a strange belief in an invisible single God; they emerged out of Egypt a people, one that would establish a unique covenant of solidarity and holiness, one that is devoted to freedom, compassion, truth and justice.

For those of us in countries privileged enough to have vaccines, the end of our ordeal is tantalizingly near. So, by all means, let’s enjoy our spring. As songbirds come back to our windows, let’s go back to hug friends and family as soon as they get their shots. But let’s make this a time of profound transformation. Let’s use all the hard and terrible lessons of this pandemic to create a better society and a better community; one that recognizes our shared humanity and gives opportunity to all; one that provides meaning and leverages the best of us. The pandemic – like the ordeal of slavery – showed the best and the worst of us. There was selfishness, truth-denial and irresponsibility, but there was also solidarity, compassion, and incredible feats of scientific achievement. Let’s learn from all those things. Passover shows that a compassionate and meaningful society can be built only by people that experienced suffering and hardship. Maybe that’s why Jews pride ourselves in descending from slaves and not from princes and demigods, like all other ancient folks.

As individuals, as a people, as a community, and as country, we should heed this profound message of resilience and transformation. These deep truths were vital 3,500 year ago amid camels and sand, and are vital now, amid flying, self-driving cars and genetic engineering – and that is the amazing beauty of this season.