For more than a century, Blacks and Jews have had a strong bond and shared history; our fates are entangled.

Antisemitism is spreading across America like an unforgiving wildfire, fueled by harmful tropes against Jewish people by misinformed celebrities, prejudiced politicians and bigoted neighbors in our community. Just days ago, an antisemitic slur was carved into someone’s car in Stow, Mass. This brand of hate isn’t just spreading — it’s going mainstream.

As a white Jewish man and a Black woman, we believe if there were ever a time for Blacks and Jews to stand together, that time is now. Unfortunately, we are seeing just the opposite, as a deeply disturbing trend of Black antisemitism reveals itself, with Brooklyn Nets star Kyrie Irving’s recent social media post linking to a hateful antisemitic movie, comments made recently by hip-hop artist Kanye West about going “Death Con 3” on Jews and others before them. With neo-Nazi demonstrators giving salutes with banners that read “Kanye is right about the Jews,” even more worrisome has been the deafening silence from the Black community. 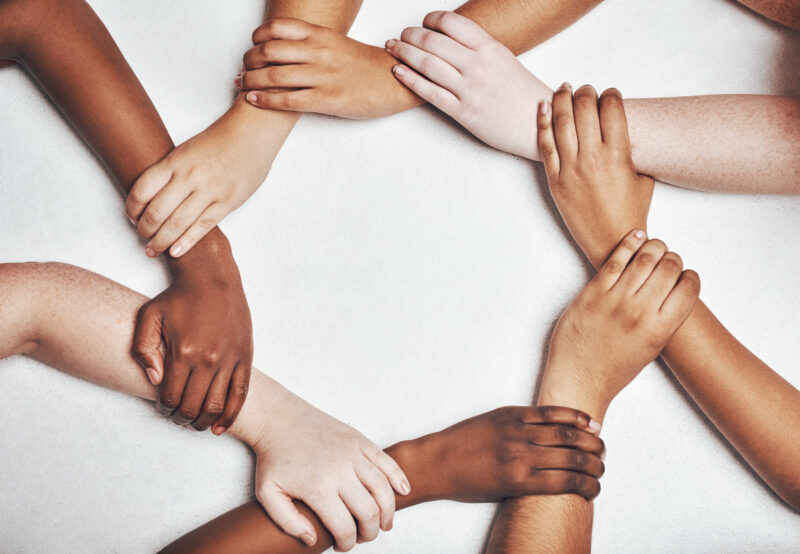 Antisemitism and racism often move in tandem. According to the American Jewish Committee, while Jews make up no more than 2% of the U.S. population, they are the targets of nearly 60% of religious bias crimes. Hate crimes against Black people generally involve personal assaults, while hate crimes against Jews overwhelmingly involve attacks on property. However, the mass shooting of Black grocery shoppers in a Buffalo supermarket earlier this year, and the 2018 attack on the Tree of Life Congregation in Pittsburgh, both motivated by racist beliefs, show that the lines have blurred.

For more than a century, Blacks and Jews have had a strong bond and shared history, from the co-founding in 1909 of the NAACP, the oldest Black civil rights organization in the country. When the U.S. failed to resettle Jewish refugees, historically black colleges and universities (HBCU) stepped up and offered teaching jobs to Jewish academics fleeing Nazi Germany and Europe. During the civil rights struggles of the 1950s and 1960s, Jews made up the largest number of white people involved in the Freedom Summer in 1964, registering Black voters, joining bus boycotts and lunch counter sit-ins. About half of the those who participated in Freedom Summer were Jews, two of them, Andrew Goodman and Michael Schwerner, were among the three young civil rights workers — along with James Chaney — murdered in Mississippi.

Like it or not, our fates are entangled. Black people must speak out and stand up against the growing antisemitism within the Black community and across America. As basketball legend Kareem Abdul Jabbar — a consistent Black voice during recent incidents — said, “When a Black person spews antisemitism … they are fertilizing the ground for all racism.” We should all be condemning, not tolerating or accepting, antisemitic comments and behavior. Antisemitism is not just a Jewish problem – just as anti-Blackness isn’t just a Black problem. They’re everyone’s problem.

No two groups can do more to move the needle in these fights together than Blacks and Jews. Here are three things our communities can do right now to strengthen their bond and reject hate speech and bigotry:

Form a Black-Jewish Collaborative. Our respective communities are fortunate to have strong advocacy organizations with proud histories. What’s needed today is a partnership between Black civil rights groups like The Urban League and the NAACP and Jewish advocacy organizations like the American Jewish Committee and the Anti-Defamation League that formalizes our shared history and goals together. Together, this group can collaborate and co-sponsor a series of dialogues and programs that help Blacks and Jews better understand how they have each been marginalized — from housing covenants and exclusion from public and private clubs and neighborhoods — but also supported one another.

Partner with Sports Leagues to Fight Antisemitism. The Kyrie Irving scandal is only the latest example of rising antisemitism in sports. In 2020, wide receiver DeSean Jackson was widely criticized for sharing antisemitic quotes from Hitler and Nation of Islam leader Louis Farrakhan. More recently, white NBA player Meyers Leonard used an antisemitic slur while playing an online video game. Meanwhile, Irving’s teammates and fellow players have been reluctant to criticize the popular point guard. We saw in the wake of Colin Kaepernick taking a knee during the national anthem at pro football games how effective Black and white athletes can be in fighting anti-Black racism. Through better education and a concerted effort by the leagues themselves, we can amplify and elevate respected voices like not only Abdul-Jabbar’s but other outspoken athletes like former NBA stars Reggie Miller and Charles Barkley, as well as former major league baseball player Cody Decker, and create space for athletes to be as vocal about antisemitism as they are anti-Blackness.

Engage Black Churches and Jewish Synagogues. Black Christians’ affinity for Judeo-Christian principles dates back to slavery, with Negro spirituals like “Go Down, Moses” and “Go Tell It on the Mountain” connecting their shared experience as slaves with those of the Israelites in Egypt. This powerful connection exists today in the Black church, and many still think of Israel as their spiritual home. Black ministers and rabbis should work together to help their congregants see antisemitism and anti-Black racism from a more faith-based perspective and make them allies in the fight against hate.

The late Holocaust survivor Elie Wiesel said it best when he said, “We must always take sides. Neutrality helps the oppressor, never the victim. Silence encourages the tormentor, never the tormented. Sometimes we must interfere.” It is in both Black and Jewish people‘s enlightened self-interest to interfere – to get off the sidelines and speak out and take action.

By rejecting antisemitism and affirming our shared commitment to diversity, equity and inclusion, our communities can and must seize the opportunity and meet this moment.