Taking Jews as hostages has a long and terrible history, so much so that we even refer to “people stealing” in our daily prayers.

The Torah portion for this week, Yitro, includes the story of the giving of the Ten Commandments. It is not well known that in Jewish law, the Eighth Commandment, “You shall not steal,” is actually understood to be a prohibition against kidnapping. While this interpretation goes all the way back to the Talmud (c. 200-400 CE, v. Sanhedrin 86a), it is most clearly stated by the great medieval commentator, Rashi (1036-1105), who simply notes that the prohibition on stealing in the Ten Commandments “is speaking about a case of one who steals human beings, while the command in Leviticus 19:11, again “You shall not steal,” is about stealing money (or property). The rabbis made distinction based on the premise that there are no redundancies in the Torah.

“Stealing a person” or kidnapping, abduction or hostage-taking are all serious crimes and all have played a significant role in the long, tragic history of antisemitism. For that reason, it is most unfortunate that in light of last week’s hostage incident in Texas that the FBI concluded that the synagogue’s hostage taker’s demands were “not specifically related to the Jewish community.” In fact, both in this case and historically speaking, the use, or should we say abuse of the Jewish community by the “stealing of Jewish people” is specifically and intentionally antisemitic. Indeed, both the hostage-taker and the prisoner he was seeking to free are both flagrant antisemites. 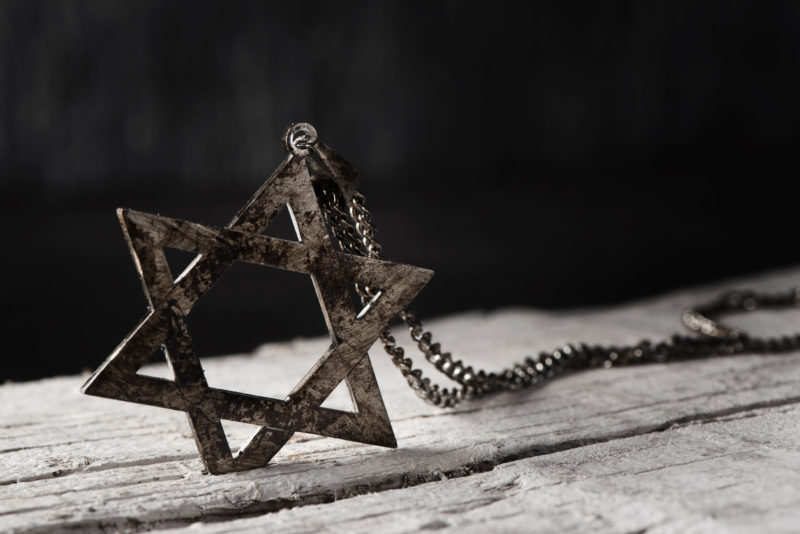 Taking Jews as hostages has a long and terrible history, so much so that we even refer to “people stealing” in our daily prayers. The central part of the Jewish service is variously called the Amidah (“Standing Prayer”), Tefillah (“The Prayer”) or the Shemoneh Esrei (“The 18 Benedictions”).  It begins with the familiar homage to our founding ancestors (Avot) and continues in blessing two (Atah Gibor) with a praise of God as the One “who frees the captives (umatir asurim).” Obviously, only long and bitter experience would have resulted in including such a terrible reference in our daily Jewish devotions including Shabbat.

In fact, “freeing the captive” is considered to be a leading mitzvah in the Jewish tradition known as “Pidyon Shvuyim” or “freeing the captives.”  Historically, the entire Jewish community was frequently called upon to seek the release of Jews captured by criminals, slave dealers and unjust government authorities. Maimonides (1138-1204) wrote “the redeeming of captives takes precedence over supporting or clothing the poor [and that] there is no greater mitzvah than redeeming captives.” To anchor his opinion, Maimonides cites numerous verses from the Torah including “love your neighbor as yourself” (Lev 19:18) and “Do not stand idly by the blood of your neighbor.” (Lev 19:16)

The freeing of captives also provides the back-story to one of the most important and haunting of our High Holy Day prayers, “Untanneh Tokef” (“Let us speak of the awesomeness of this day”).  Its authorship is ascribed by tradition to Rabbi Amnon of Mainz who, in the 11th century, refused to convert to Christianity on pain of death. Before he died, he was severely tortured and dismembered, yet urged his Jewish community not to pay a ransom to save his life. According to legend, Amnon appeared in a vision to Rabbi Kalonymus ben Meshullam three days after his death and urged his colleague to write down the words of his final payer, “Untanneh Tokef.” Its majestic and haunting music and probing words remain a highlight both of Rosh Hashanah and Yom Kippur. Thus, the “freeing of captives” as a legacy of medieval antisemitism remains a powerful memory in the collective Jewish experience.

Unfortunately, there are also numerous modern stories of the kidnaping, ransoming and hostage taking of Jews. For example, the story of the kidnapping of Edgardo Mortara from his home in Bologna in 1857 to be forcibly baptized as a Catholic had a galvanizing impact on the world Jewish community and especially here in the United States. The child was never returned to his family. Nearly a hundred years later during the Holocaust, numerous attempts were made in Greece, Hungary and Slovakia among other places to ransom Jewish lives from the Nazis, mostly to little avail.

Two hostage incidents in Israel represent strikingly different responses to the challenges of Pidyon Shvuyim. First was Operation Entebbe which saw the remarkable special operations rescue of over 200 hostages held by the Popular Front for the Liberation of Palestine in Uganda in July 1976. By contrast, all of us also remember the capture of a young Israeli soldier, Gilad Shalit, during an attack near Gaza on June 25, 2006 by Hamas. Years later, on October 11, 2011, with the surprising help of the government of Turkey, Shalit was released in exchange for 1,027 Hamas and Palestinian prisoners as authorized by Prime Minister Benjamin Netanyahu and President Shimon Peres of Israel. At the time, polls indicated that 79% of the Israeli public approved of the deal. Not surprisingly, the question of negotiating with terrorists remains highly controversial in Israel and around the world to this day. Sadly, the need to confront the realities of hostage taking remains constant in Israel and throughout the Jewish diaspora.

In the most recent incident, a positive outcome was achieved, thanks to excellent police work and broad government and interfaith cooperation. Rabbi Charlie Cytron-Walker and his congregants from Congregation Beth Israel in Colleyville, Texas, not only survived but also were physically unharmed. “Rabbi Charlie” as he is known  by his own congregants but also by local Muslims and Christians with whom he forged extensive and warm personal relations.

Finally, the FBI, in the wake of the Texas incident, correctly reclassified the attack on Congregation Beth Israel as antisemitic, following the lead of the government in Great Britain. The bureau needed to change its definitional criteria both for the sake of historical accuracy and deterrence and, luckily, has done so. For our part, American Jews need to remember that despite our deepest wishes to maintain open and welcoming congregations and Jewish institutions, we must remain ever vigilant to provide for the security and well-being of our members and guests from every walk of life in our society.

Lance J. Sussman, Ph.D., has been senior rabbi of Reform Congregation Keneseth Israel in Elkins Park, Pa., since 2001. He is also immediate past chair of Gratz College in Melrose Park, PA. Sussman is a historian of the American Jewish experience and has taught at Princeton, SUNY Binghamton and Hunter College. His The Purim Story,  an illustrated Megillat Esther, for families will appear shortly.