If enacted, the day would appear to be a unique approach when it comes to teaching the histories of ethnic and religious minorities. 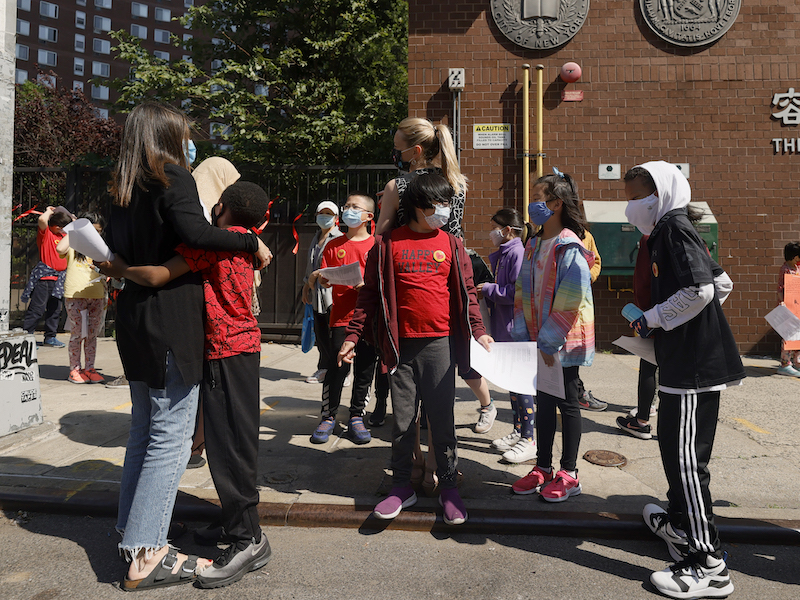 When New York City was hit with a wave of antisemitic attacks in 2019, many of them carried out by young people, then-Mayor Bill de Blasio invested in a program that sent eighth and 10th grade public school students from heavily Orthodox neighborhoods to tour the Museum of Jewish Heritage, the city’s Holocaust museum.

For those who fight against antisemitism, teaching about the worst antisemitic act in history is a common tool. In 2020, an executive at the U.S. Holocaust Memorial Museum in Washington, D.C., told JTA that “antisemitism is on the rise” and “Holocaust education is very important to counter these trends.”

Now, one New York City councilmember says Holocaust education isn’t enough to counter antisemitism, which is again on the rise in the five boroughs. Shaun Abreu, 31, a first-term member who represents the northern reaches of the heavily Jewish Upper West Side of Manhattan, along with neighborhoods further north, wants public school students to spend a day learning about American Jewish history — not just the genocide of the Jews. He introduced a resolution to that effect on Thursday, calling on the city’s Department of Education to institute a Day of Jewish Heritage.

“Focusing on Holocaust education is very critical,” Abreu, the child of immigrants from the Dominican Republic, who is not Jewish, told eJewishPhilanthropy. “At the same time… there are 350 years of Jewish history in America, and reducing bias is going to require that we explore and fully dive into the rich history of Jewish contributions.” He added, “There’s so much negativity, and this will feel good.”

Jews first arrived in New York, or more accurately New Amsterdam, in 1654, 10 years before the British took control and gave the city its current name. Since then, the city has grown into the center of American Jewish culture and is now home to the largest Jewish population, numbering approximately 1 million, of any city in the world (including in Israel).

Abreu has five co-sponsors for the resolution, including the chair of the council’s Jewish caucus, Eric Dinowitz, who said in a statement that “there is a lack of knowledge on Jewish history.” Abreu is not sure what the curriculum for the Day of Jewish Heritage will look like; he hopes its content will be determined in partnership with local Jewish nonprofits. The Department of Education, likewise, would be responsible for allocating the curriculum’s budget and setting a specific date for the daylong curriculum.

If enacted, the day would appear to be a unique approach when it comes to teaching the histories of ethnic and religious minorities. Last year, the New York City Council approved $10 million in the city budget for a new Black studies curriculum through grades K-12, but it will be taught during the school year, not throughout one specific day. A bill proposed last year to mandate the teaching of Asian American studies in the state’s public schools is currently in committee in the state Senate. There does not appear to be a similar effort regarding Latino history, though the DOE provides resources for teachers during Hispanic Heritage Month.

“I don’t think the problem is that people think Jews haven’t contributed anything to American society,” she told eJP. “Are they going to add the same kind of day for the contributions of other people? I think that’s a bad way to teach history, and I don’t think it would solve any problems.”

Gideon Taylor, the executive director of New York’s Jewish Community Relations Council, feels that any education that familiarizes students with their Jewish neighbors can help mitigate prejudice. He said he would favor increased study of all segments of the city’s ethnic diversity.

“You combat hate by dealing with law enforcement and having law enforcement, but ultimately you combat hate and antisemitism by education, by learning about each other,” Taylor told eJP. “What’s important for schools in New York is to ensure that kids are learning about all the different communities in New York. This is one piece of that, an important piece of it, and it’s particularly important given the spate of ugly attacks, of hate attacks against Jews.”

Taylor is likewise not concerned about the potential conflicts that could arise during the daunting task of distilling nearly four centuries of Jewish history into a daylong curriculum. “This is not a degree in Jewish history you’re talking about,” he said. “You’re talking about very fundamental principles of who the Jews are and what is the Jewish community.”

While such questions have yet to be resolved, Abreu does know that he wants the curriculum to start in elementary school, targeting the city’s youngest students. He recalls learning about the Holocaust, not Jewish culture, in school.

Abreu was, however, exposed to the city’s Jewish community in his personal life: His mother is a bookkeeper at Zabar’s, the famed Jewish food emporium, and his brother is a warehouse manager there. He has childhood memories of his mom working long hours ahead of the Jewish holidays, and his favorite food there is the rugelach.

“Biases often develop at very early ages, well before high school,” he said. “When you think about it, it takes too long for us to be developing these experiences, to learn this history. That, from my point of view, is too long. We need our children to be learning about this much sooner. There is a huge gap.”