The conference includes sessions on fundraising, conflict resolution and working with colleagues. 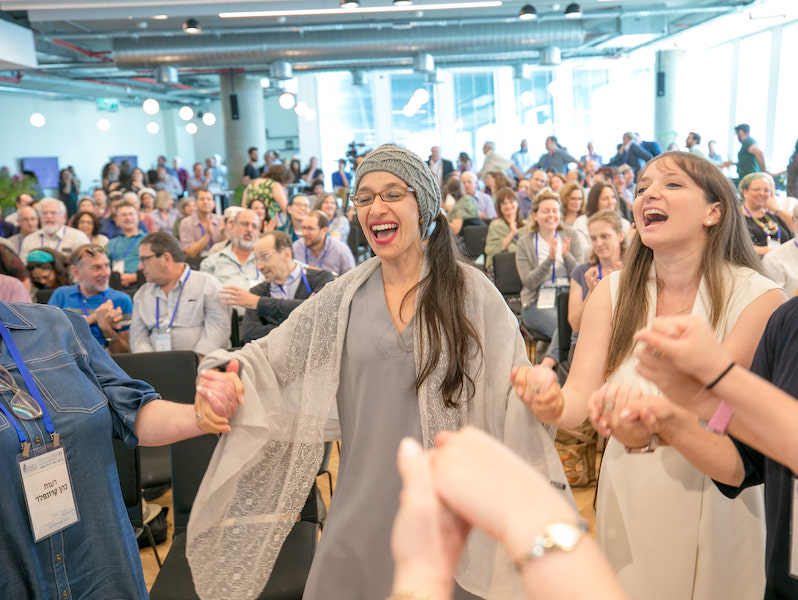 Courtesy of the Honey Foundation

Ask most American pulpit rabbis, and they’ll grimace when they have to talk about fundraising or board relations. But today, 300 Israeli rabbis and other Jewish spiritual leaders are convening in Jerusalem to focus on topics like those and to become – at least in a certain sense – more like their American peers.

The daylong conference, called The Torah of Relationships, is being organized by the Honey Foundation, a group with staff in New York City and Israel with the goal of professionalizing the Israeli rabbinate and providing resources to promising Israeli rabbis across Jewish denominations. The conference includes sessions ranging from one called “Friendraising, fundraising” to talks on conflict resolution, working with colleagues, entrepreneurship and communal activism.

“When a rabbi graduates from various schools… they understand themselves as giving the drasha,” said Honey Foundation President Rabbi David Hoffman, using a Hebrew word for “sermon.” “Giving a drasha is a very small part of what rabbinic work is. The fundamental part is literally building a community. To build a community you need entrepreneurial skills.”

Founded six years ago, the Honey Foundation has 46 fellows it refers to as “spiritual entrepreneurs.” They’re mostly rabbis of communities who identify with more than 30 Jewish streams, from “Orthodox Sephardi Feminist” to “Religious Liberal/Reform” to “Neo-Chassidic.” One of the fellows is Rabbanit Shira Marili Mirvis, the first woman to lead an Israeli Orthodox community.

The foundation pays up to a third of the fellows’ salaries, enabling them to work full-time, and provides them with mentorship. The fellows submit annual business plans and are evaluated on how well they’ve accomplished their goals.

While the vast majority of rabbis in Israel are Orthodox, that’s true of only one-third of the fellows (though that proportion maps better onto Jewish Israeli society, 32% of which identifies as some form of Orthodox, according to a 2021 survey). That’s mostly because the one restriction on the fellows is that they can’t draw their salary from the Israeli Chief Rabbinate, which is Haredi and runs much of Israel’s Jewish religious infrastructure.

“I believe in free markets,” said Bill Lipsey, who works as managing principal at New York City’s Pzena Investment Management and is the foundation’s founder. If one is seeking, he added, “to create a free market system, the Rabbinate has leaned on the scale in an unreasonably strong way… I’m going to lean in the exact other way, toward the people who are not being supported.”

Hoffman qualifies that the aim of the fellowship and today’s conference isn’t to create a cohort of American-style pulpit rabbis, and suggested that rabbis in the U.S. could also benefit from seminars on entrepreneurial thinking. He added, “What synagogues will look like in the future is an open question.” But he feels Israeli society is particularly ready for the kind of dynamic the fellowship and conference encourage.

“In Israel, there’s more security than the state has ever had before,” he said. “There’s significant material success. Israelis are asking spiritual questions.”