Our work may be different, but we share a common cause at the intersection of Jewish engagement and social impact

When MacKenzie Scott and Dan Jewett announced their third round of multi-billion-dollar giving to organizations that engage in community-driven work to make a change, we were proud to be among those entrusted with significant, transformational gifts. HIAS and Repair the World, along with Afrika Tikkun, were the first three Jewish organizations to receive grants from Scott and Jewett. Though their greater giving philosophy is limited to posts on Scott’s Medium page, Scott and Jewett’s approach centers on values that we as Jewish organizations pursuing justice share.

We are proud to see our names among the list of 286 grantees who impact a range of issues but are closely linked by their pursuit of fairness, justice and bridge-building. This is what the work of HIAS and Repair the World is all about, creating a world in which every person is safe, valued and empowered. 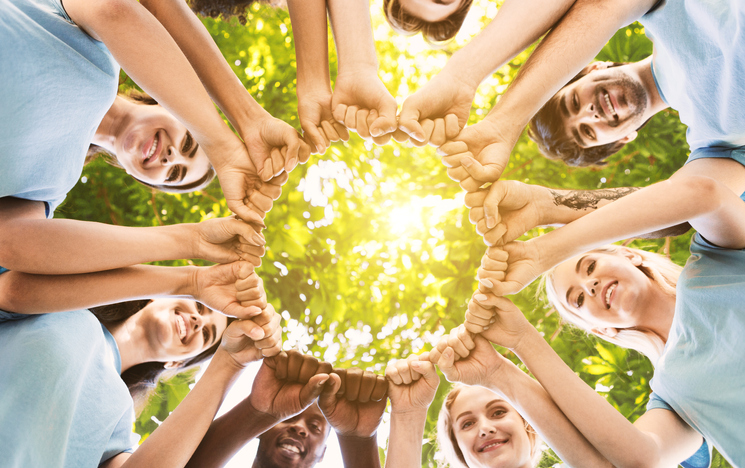 For more than 100 years, HIAS has been there for refugees when and where they need help most. We are a Jewish humanitarian organization that works in the United States and 15 other countries, providing vital services to refugees and asylum seekers of all faiths so they can rebuild their lives. With the Jewish community beside us, we advocate for the rights of all forcibly displaced people to rebuild their lives and seek to create a world in which they find safety, opportunity and welcome.

Repair the World mobilizes Jews and their communities to take action to pursue a just world, igniting a lifelong commitment to service. We believe service supporting social change is vital to a flourishing Jewish community and an inspired Jewish life. As we enter this moment following the pandemic, we believe the Jewish community is entering a transformed ‘service era.’ We are building on the support and continued strengthening of communities demonstrated by so many last year. Our ambitious goal is that by 2030, Repair will inspire and catalyze one million acts of service towards repairing the world.

Our work may be different, but we share a common cause at the intersection of Jewish engagement and social impact: to bring about a just world that respects kavod ha’briyot, every individual’s inherent worth and dignity.

The timing of these gifts in June also happens to coincide with the anniversary of the tragedy of the S.S. St. Louis, when in 1939 the United States turned away a ship of 900 Jewish refugees from Europe who were sent back to their deaths; the official designation of Juneteenth as a U.S. federal holiday, recognizing the continued fight for equity and justice in our country; and the celebration of Pride month, a moment to look at how far we have come and how far we have still to go in the fight for equality and acceptance.

These grants also arrive at a moment when hatred and discrimination, including antisemitism, are increasing at an alarming rate. And yet, in these generous gifts, we see hope for a better future. The investment in groups that share a vision of a more just world through unrestricted dollars minimizes administrative hoops for grantees. It frees us up to do the vital work to bring about our ideas for change. We hope others will follow their lead.

With Scott’s support, HIAS will broaden our programmatic, advocacy and geographic reach to help people displaced by violence and persecution find safety, welcome and opportunity. We will build our capacity to respond to humanitarian emergencies around the world. Repair the World will expand our local presence to additional cities, customize and cultivate more partnerships with the most prominent national Jewish engagement organizations, and increase the scope and focus on our national service campaigns grounded in our Jewish wisdom and learning.

Our inclusion in the list of Scott and Jewett’s grantees shows that our work resonates powerfully in non-Jewish philanthropic circles. But it has been the Jewish support for HIAS and Repair the World that has allowed us to innovate and grow to become leaders in our focus areas and attract support beyond the Jewish world. We wish to express how incredibly grateful we are to our supporters, stakeholders, volunteers and others who have helped bring us to this very moment. These gifts demonstrate that Jewish organizations play a central role in creating a fair, humane and equitable world. Our Jewish communities are right on track, and our inclusion in this transformational round of giving to a group of incredible change-makers is confirmation of that.

Melanie Nezer is senior vice president, public affairs at HIAS and Cindy Greenberg is CEO of Repair the World.