If the example of other religions’ responses to sex abuse scandals has taught us anything it’s this: until you deal with the past, you are helpless to confront the present. But instead of learning from those debacles, Jewish institutions are repeating the same mistakes, leaving them ill-equipped to respond effectively to current cases of abuse.

When I was in first grade, I loved the local YMHA. I went there twice a week after school and learned to build wooden birdhouses and play the recorder. Each summer I attended the Y’s day camp on Long Island. When I turned ten, I felt like I graduated to sleepaway: Camp Ella Fohs in Connecticut, owned by UJA-Federation New York and run by the Bronx/Riverdale YMHA. My parents revered UJA. They donated annually because, they said, no group did more to practice what I learned in synagogue: Do justice, love mercy, walk humbly with your God.

So when I recently disclosed the sexual abuse I suffered at Camp Ella Fohs, I fully expected these mainstream Jewish groups to respond differently than the Catholic Church, the Boy Scouts, and other institutions that had shunned victims and sought to fend them off. After all, Jewish leaders had spoken out strongly in favor of passing the Child Victims Act in New York, supporting survivors in our quest for justice no matter how long ago the crimes occurred. They argued, rightly, that seeking truth and accountability would help prevent future abuse. Besides, no one has a longer historical memory than we Jews, or better understands the imperative of learning from past injustice. On a more personal level, I simply couldn’t imagine UJA-NY and YMHA, groups I’d trusted completely as a boy, ever turning their backs on me. 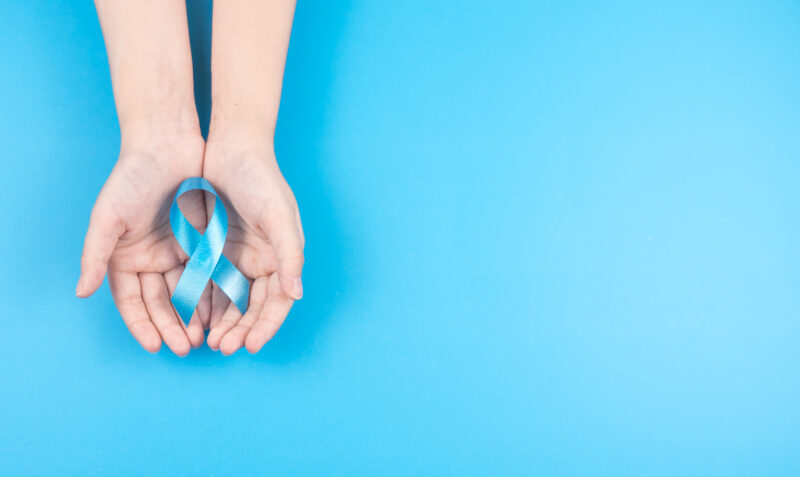 But I was wrong. Since my memoir, Chosen, was published last spring, it’s become clear that the organizations involved would rather deny their past and silence victims than face the disturbing truth of their failure to protect children. Chosen tells the story of Daniel Farinella, a then-revered social worker who preyed on countless boys, including me, in five different Jewish summer camps across as many states over three decades. It charts the devastating toll his sexual violence took on my teenage years and young adult life, a trauma that can still grip my mind and body today, fifty years later. Like most victims who step forward, I did so in the hope that my painful disclosure and legal action might help save kids today from suffering the same fate. Dr. Guila Benchimol, a criminologist and educator in the Jewish community, has written: “A survivor’s disclosure is a gift they have given you, as well as an opportunity.” It is a chance for institutions to find out went wrong, support the victims, and apply the lessons learned.

Instead of seizing that opportunity, Farinella’s former employers have done their best to make it go away. My claim under the Child Victims Act presents a wealth of evidence that UJA-Federation New York and the Bronx/Riverdale YMHA, which owned and ran Camp Ella Fohs, knew that Farinella posed a danger to children but did nothing to stop him. In response, the two groups filed a motion to dismiss my case on the ground that, because some of the abuse occurred in Connecticut, they can’t be held accountable in New York. This is the kind of callous, “deny and delay” lawyering we’ve come to expect from the Catholic Church. Farinella transported kids like me across state lines where he sexually assaulted us. Fifty years later, UJA-Federation and the Y have somehow decided it’s a good idea to concoct a possible legal loophole to try to avoid liability and thwart justice for that cross-border, sex-trafficking scheme. (Thankfully, an appellate court ruled last month that an abused child who was a resident of New York, like I was, had a claim even if the abuse didn’t take place in New York.)

Meanwhile, the Jewish Council for Youth Services in Chicago, which employed Farinella as director of Camp Henry Horner throughout the 1970s, commented to the Forward that “There have been no substantiated allegations of misconduct by Mr. Farinella of which JCYS is aware.” Let me translate their tortured legalese: “We have no intention of substantiating Farinella’s crimes.” As my book reported, senior employees at Henry Horner were aware of Farinella’s predatory behavior in the summer of 1978. In fact, those employees identified child victims to me. Most of those witnesses and victims are still alive. So JCYS might have responded to my book by saying: “We’re going to get to the bottom of this,” and then mounted an investigation. They didn’t do that.

Then there’s the Jewish Community Center of Greater Pittsburgh — the last block in a wall of silence that shielded Farinella for nearly thirty years. In 1986, Farinella was the JCC’s supervisor of youth programs and the director of its Emma Kaufmann Camp when the FBI and Allegheny County DA presented the group with evidence of his long history of sexual abuse — a history that he later confessed to on audiotape. Months passed before Farinella left his JCC job quietly. He was never prosecuted and died in 1993. This year I asked the JCC for permission to post an announcement about Chosen on its Facebook page for Emma Kaufmann Camp Alumni — part of my decades-long effort to reach other victims and let them know they are not alone. Similar posts on the alumni pages of other Farinella-run camps have prompted victims to contact me. The JCC refused, saying in an email, “We are pained to hear of the allegations made against a former JCC employee who worked for our organization nearly four decades ago.” They might have more accurately said: “We’re pained to be reminded of the allegations we learned of four decades ago but then quickly covered up.”

The JCC’s attempt to distance itself from these events because they occurred forty years ago is telling. That’s ancient history, they seem to be saying. Water under the bridge! Are they really unaware that Farinella’s victims are still suffering today? The passage of time hasn’t lessened the traumatic aftershocks of his assault on us. That’s why child advocates advise institutions to stand with past victims as if the abuse was perpetrated this morning. Is there any idea more Jewish than this? The prophet Isaiah taught, “Learn to do good. Devote yourselves to justice. Aid the victim.” The prophet said nothing about minimizing legal and reputational risk. But thirty years after Farinella died, the organizations that employed him are still denying their past and sending his victims a clear message: “Your lives don’t matter. Your pain doesn’t matter.” Unwittingly or not, they are also sending today’s victims a message: “If you choose to come forward, we will not believe you.”

Shira Berkovits, the founder and CEO of Sacred Spaces, has written that “… a fear of liability is the wrong focus for a Jewish institution meant to be an ethical, guiding light of good in the community.” Instead, it should display the moral courage necessary to seek truth and pursue justice. Likewise, Jennifer Freyd, a leading expert in the field, has introduced the term institutional courage as “the antidote to institutional betrayal,” which arises when organizations fail to prevent or respond supportively to wrongdoing.

What does such institutional courage look like in the Jewish world? In 2020, a former congregant of New York’s Central Synagogue disclosed that she’d been sexually abused decades earlier by the synagogue’s head rabbi. Central’s current rabbi, Angela Buchdahl, did not hide behind how much time had passed, or attempt to muzzle the victim, or instruct her attorneys to dodge institutional responsibility. Instead, she honored the disclosure, mounted an independent investigation that surfaced more victims, and began a process of teshuva — repentance and transformation — so that the community could bear witness and help victims heal. “As our tradition teaches,” she wrote, “we cannot shape our future if we ignore our past.” Amen.

In its email, the Pittsburgh JCC sought to reassure me that “The health and safety of children and staff remains our highest priority.” Lofty words but color me skeptical. Why? Because if a group’s leadership is still hiding past abuses and betraying its victims, how exactly will those same leaders find the courage to acknowledge today’s victims? You can adopt the world’s best safeguards but they will fail, as we’ve seen time and again, if your organization’s culture hasn’t changed to welcome disclosures, protect whistleblowers, and support survivors. Recent victims who are following my case — and they are watching — will conclude that these communities are not safe places for reporting abuse.

If the example of other religions’ responses to sex abuse scandals has taught us anything it’s this: until you deal with the past, you are helpless to confront the present. But instead of learning from those debacles, Jewish institutions are repeating the same mistakes, leaving them ill-equipped to respond effectively to current cases of abuse. Bruce Feiler concluded his New York Times review of Chosen by beseeching Jewish organizations not to “stifle the cries of those we’re most called on to protect.” Thus far, they have not heeded this call. But it’s never too late to reckon with past failures, bear witness to the truth, and seek justice for survivors. Each organization that begins the process of t’shuva, guided by Isaiah’s moral imperative, will not only be helping victims and communities to heal. They will also be affirming that we Jews are ready, at long last, to grapple with the ongoing reality of child sexual abuse.

Stephen Mills, a communications advisor to nonprofit groups since 1982, is a CHILD USA Ambassador and the author of “Chosen: A Memoir of Stolen Boyhood.”