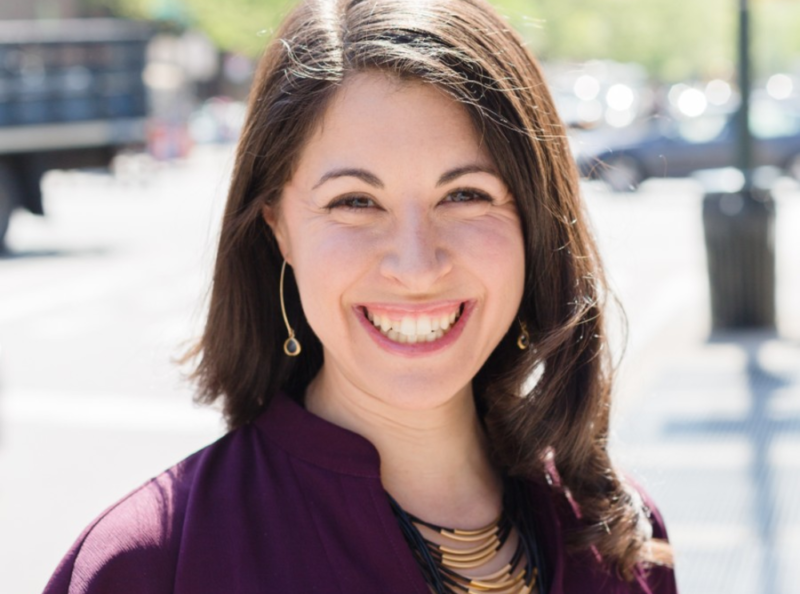 Shira Koch Epstein is the rabbi’s rabbi. She heads the Center for Rabbinic Innovation, whose signature program is the Fellowship for Rabbinic Entrepreneurs, created and incubated by the Office of Innovation at Hillel: The Foundation for Jewish Campus Life. There, she’s trained dozens of students and early-career clergy who want to create something new — whether that’s an entire community, or a major new project in an existing one. When the pandemic hit, she started a number of new clergy-supporting projects, including the Rabbinic re(Design) Lab to help Jewish clergy learn how to reach congregants they couldn’t see face-to-face.

A Reform rabbi herself, Koch has served as executive director of the 14th Street Y in Manhattan, and as a rabbi at Congregation Beth Elohim in Brooklyn and other congregations, camps and youth groups.

She is now at the helm of the project that has grown out of the Fellowship for Rabbinic Entrepreneurs, originally founded by Rabbi Daniel Smokler, Chief Innovation Officer at Hillel International. The Center for Rabbinic Innovation helps rabbis answer tough questions about the future of Jewish community: How and what is Judaism even going to be? What is a rabbi for, as society changes? As all of the community’s financial models shift, how can I make a living? Every 50 to 100 years, the Jewish community experiences major shifts in how it organizes itself, she said. Such changes were happening even before the coronavirus pandemic hit.

“What we’ve built often doesn’t keep up with where the people are,” Epstein  said. Even in 2013, 20% of American Jews did not consider synagogue attendance part of their identity, according to the Pew Research Center’s Portrait of Jewish Americans. “The synagogue is a ‘beit knesset’ in Hebrew — a house of gathering,” Epstein said. “It’s not necessarily a house of prayer. If people are not gathering there to pray, we should figure out what they need.”

One rabbi who went through the rabbinic entrepreneur program, Greg Alexander, leads Temple Israel in Cape Town, South Africa. He used the fellowship to build small “think tanks” made up of the people who didn’t want to come to synagogue. They talk about what they would want instead, and he’s trying to create that with them.

Rabbi Shir Yaakov-Feit started Kol Hai, a synagogue in New York State’s Hudson Valley that does much of its programming, such as a “forest Hebrew school,” outdoors. Yaakov-Feit’s community has obvious advantages when it comes to serving congregants during a pandemic, but coronavirus taught clergy that they all had to start thinking like entrepreneurs. “Rabbis had to ask themselves how they were going to be able to talk to people if they weren’t going to show up on Friday and Saturday,” she said. “Actually, we’ve always needed to do that.”

The Jewish Community Response and Impact Fund (JCRIF), the $91 million pool of loans and grants funded by several foundations in response to the pandemic, gave Epstein a $400,000 grant to start a number of projects supporting clergy, including the Rabbinic (re)Design lab, whose initial focus was on how to hold creative High Holiday services. Now, about 130 people have gone through the five-session program, coming together online to work on specific problems, like how to help congregants create a holy feeling in their homes, and using materials Koch Epstein created to help them think through their challenges.

A big part of the learning was the idea of the “minimum viable project” — a business-school concept that exhorts leaders to create something that addresses a need, but doesn’t disrupt everything else, and doesn’t create more problems if it fails.

Epstein said the (re)Design Lab was itself a kind of “minimum viable project,” and she needed to evaluate it just as she taught the students in the lab to do. She’s asking herself whether it makes sense to continue the lab as is, or tweak it. It could be a regional enterprise, for example, with participants from the same area who can partner in the future and respond together to local conditions.

As a project incubated by the Office of Innovation, the Center for Rabbinic Innovation is supposed to become an independent entity or merge with an existing organization within three years, and Epstein is at the halfway point.

The pandemic has had positive effects on Jewish spiritual life, although no one would have ever wished for it, Epstein said. Some clergy even felt liberated, and hope they never have to go back to “the way things were.”

But the scale of such a health crisis is also daunting to Epstein, who knows philanthropists must prioritize health and human services efforts, like those that help medical workers or people who don’t have enough food. As she looks forward, she hopes that they’ll also invest in work like that kind she is doing.

“There are opportunities coming out of this,” she said.