A college student collects recipes for a Jews of Color cookbook 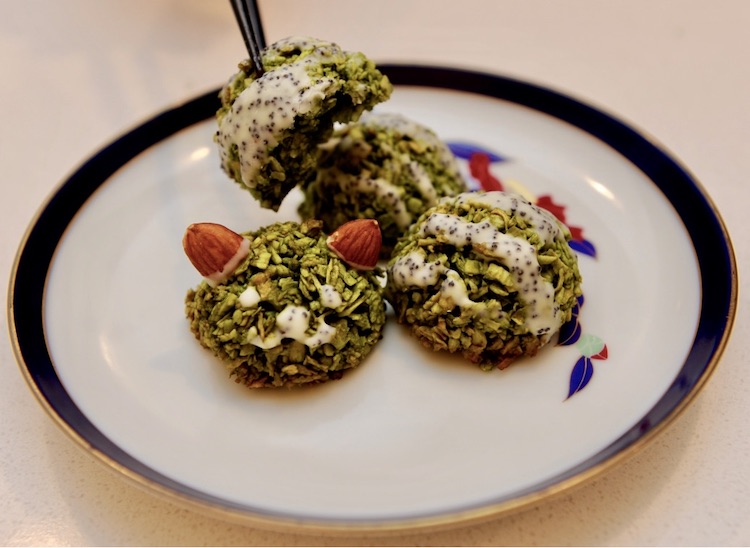 As a teenager growing up in Chicago, Alana Chandler, whose father is Ashkenazi Jewish and whose mother is Japanese, was bothered by the sense that she didn’t “belong” in any one community despite the fact that both her parents are Jewish. That feeling of not belonging inspired her to create a cookbook of recipes from Jews of Color — perhaps giving fresh meaning to the term comfort food. Now, eight years later, the project is attracting mentorship and financial support, Chandler told eJewishPhilanthropy.

“There’s something uniquely powerful about food,” Chandler said. “Food is a symbol of care. My Japanese grandpa doesn’t really speak English, but when we’re sharing a bowl of matzah ball soup or ramen together, there’s this connection.”

Titled Tlaim: The Patchwork Cookbook, the book will feature both recipes and narratives. (Tlaim means “patchwork” or “patches” in Hebrew.) Anyone who identifies as a Jew of Color can submit a recipe, and the team — Chandler, and Léa Jean-François and Jess Cohen, who are also volunteering their time to create the book — will decide which ones to include based on its quality and the need to represent a range of ethnicities and dishes. They aim to publish the book in 2024.

“We’re using recipes to talk about the beauty and the challenges of being a Jew of Color,” Chandler said.

In the project’s early days, she drew inspiration from the work of other prominent Jews of Color, such as Ilana Kaufman, executive director of the Jews of Color Initiative. She had no funding or formal guidance, although she received some help and encouragement from a group that included Molly Yeh, the Chinese-Jewish cookbook author and Food Network star. Yeh could not be reached for comment.

“I would be designing the book on free software in my [high school] physics class,” she said. That version of the book was never printed.

Chandler now attends M.I.T. in Boston, where she is a senior studying material science and engineering as well as women and gender studies. She never abandoned the idea for the cookbook, but was focused on other things when Jackie Baldwin, who leads the Jews of Color Caucus of Chicago’s Jewish Council on Urban Affairs, urged her to return to the project.

Baldwin helped Chandler connect with sources of Jewish support. She secured a grant from the Jews of Color Initiative, and receives regular coaching and consulting from Ruth Abusch-Magder, director of education and rabbi in residence at Be’chol Lashon, an advocacy and support group for Jews of Color based in San Francisco. The two meet regularly to discuss promotion strategies, project management issues and other challenges, and Be’chol Lashon hosts the book’s website and submission portal.

Abusch-Magder holds a doctorate in religious studies from Yale University, and wrote her dissertation on domestic Jewish life with a focus on cookbooks.

“Alana has big ideas about identity, authenticity and contemporary Jewish community. She’s using food as a means of discussing them, and that’s what’s so exciting,” Abusch-Magder said.

The definition of American Jewish food has been evolving since its inception, she added.

Esther Levy, a Sephardic woman, published the United States’ first Jewish cookbook — Mrs. Esther Levy’s Jewish Cookery Book — in Philadelphia in 1871. The book also offered housekeeping advice, such as how to make hair oil from beef marrow and lard; recipes for medicine and information on Jewish dietary laws, including a recipe for kosher gumbo.

Notions of Jewish cuisine began to diversify in the 1970s as American society more broadly started celebrating ethnicity. In the 1990s, authors published several cookbooks dedicated to Sephardic cuisine, such as Claudia Roden’s The Book of Jewish Food. More recently, Jews of Color such as Yeh; author Michael Twitty, who is Black; and Jenny Stempel, who writes “The Cuban Reuben” blog, have gained popular success and even fame by fusing Jewish cuisine and other aspects of their identities.

Chandler is executing yet another variation on this theme, Abusch-Magder said, in creating recipes that synthesize Japanese and Jewish elements, such as Passover matcha macaroons, while also seeking to collect recipes from others.

Chandler is insistent that not every recipe needs to in some way express a combination of the writer’s identities.

For some Jews of Color, a fusion recipe is what they eat for the holidays, and what makes them feel spiritual, but for others, it might be a dish that’s already considered canonical, like matzah ball soup, she explained.

Chandler’s next steps include gathering recipes, testing them and using the project and its celebration of food to strengthen the community of Jews of Color. The Tlaim team plans to host virtual, food-themed events for the Jews of Color community, Chandler said.

“Alana is doing this for everyone, not just her,” Abusch-Magder said.