By Annette Koren, Leonard Saxe and Shira Fishman Rhetoric about Israel on college campuses has become increasingly strident with BDS, anti-Apartheid walls, and “die-ins” substituting for serious discourse. Despite large-scale efforts by the Jewish community to strengthen ide … END_OF_DOCUMENT_TOKEN_TO_BE_REPLACED

By Dr. Keren R. McGinity and Dr. Shawn Landres The dismissive response (“Do Conservative Rabbis Really Want to Officiate at Intermarriages?”) to the recently released study by Big Tent Judaism (BTJ) misses the point of the research. (Full disclosure: we served on the academic a … END_OF_DOCUMENT_TOKEN_TO_BE_REPLACED

By Ray Levi, Ph.D. We entrust our educational leaders to stoke the “Jewish flame” in the lives of our young children and their families. Yet, we often fail to focus on how we can support these leaders in keeping their own flames burning brightly. The RAVSAK "Heads of Jewish Com … END_OF_DOCUMENT_TOKEN_TO_BE_REPLACED 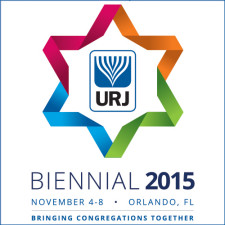 The URJ Biennial comes to you! You can watch all plenary sessions as well as Shabbat evening and morning services and Friday night song session from your computer or your TV! Enjoy the live stream of featured speakers including U.S. Vice President Joe Biden, URJ President Rabbi … END_OF_DOCUMENT_TOKEN_TO_BE_REPLACED