By Rabbi Daniel Stein One of the most fun parts of my job as a rabbi in Easton, Pennsylvania is the opportunity my congregation affords me to teach at Lafayette College. The smart, inquisitive students inspire me, and help me feel (kind of) culturally relevant as I move closer … END_OF_DOCUMENT_TOKEN_TO_BE_REPLACED

By Steven Windmueller, Ph.D. The rise of Orthodox Judaism in America must be viewed as a modern phenomenon. Unlike the majority of the American Jewish community with its more liberal-focus, secular orientation, and aging population base, the Orthodox community in this country … END_OF_DOCUMENT_TOKEN_TO_BE_REPLACED

By Sivan Zakai In my office stands a black and white photograph of another era. It captures three figures standing on a stage: my grandfather, Israeli Prime Minister Yitzhak Rabin, and me. My grandfather, a rabbi, looks stern and imposing. Next to him stands Rabin, his face is … END_OF_DOCUMENT_TOKEN_TO_BE_REPLACED 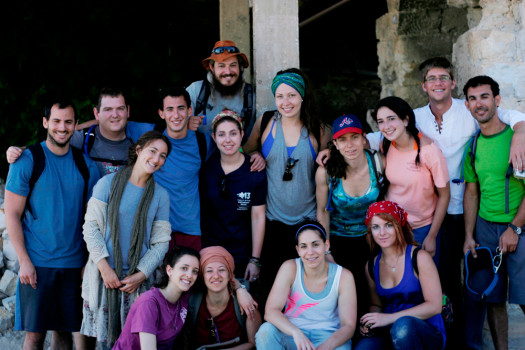 What happens after the Israel experience is no less important than what happens during it. By Shayna Rehberg Winding down from a busy summer season, followed by a smattering of holiday programs, there is one sentence jumping out at me from the hundreds of post-program … END_OF_DOCUMENT_TOKEN_TO_BE_REPLACED