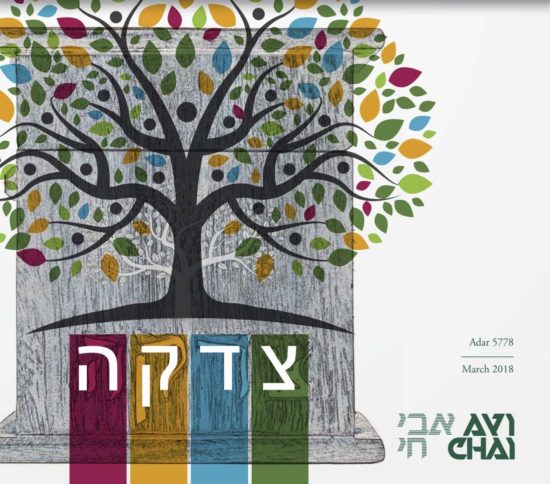 A new report on American Jewish philanthropy details an increased focus on Jewish engagement, more giving with social or systemic change in mind, less giving to older institutions, and more collaboration among major foundations. Giving Jewish: How Big Funders Have Transformed American Jewish Philanthropy, commissioned by The AVI CHAI Foundation and authored by Dr. Jack Wertheimer, explores how the philanthropic landscape has changed fundamentally over the past quarter century and what challenges confront this field, estimated to include $5.5 to $6 billion in annual gifts.

“Donors want to know that their gifts have genuine impact,” says Dr. Jack Wertheimer, author of this study. “They increasingly target gifts to causes that speak to their values and that address social issues. As women and millennials continue to emerge as big givers and as heads of foundation, the field will continue to move in this direction. American Jewish Philanthropy is not just about education anymore, and big givers do not blindly assume their gifts are succeeding. With the prominence now of professionally staffed foundations, they are measuring and monitoring their gifts very closely.”

Giving Jewish notes challenges for the field moving forward. While Jewish engagement initiatives attract many young adults, participants often attend episodically and the programming is light on Jewish content and heavily-oriented to socializing. What does this mean for Jewish literacy in the future? Other questions in the report include: How can more Jews be encouraged to give to Jewish causes? Who will fill the vast void of field building that needs to be done in many areas, such as Hebrew language education, the inclusion of marginalized groups, and more? How can funders ease the burden of grantees and potential grantees reporting outcomes and seeking funding? How can foundations utilize the evaluations and metrics they collect to greater effect?

“The report raises critical and timely questions, as it provides a well-informed overview of modern Jewish philanthropy,” says Yossi Prager of The AVI CHAI Foundation. “We hope it encourages conversations among funders and nonprofit leaders about how philanthropy can play even more strategic, impactful, and supportive roles in creating Jewish life and furthering Jewish engagement and also education.”

Along with the top trends, Giving Jewish discusses other defining elements that shape the field today.

Wertheimer adds, “We know what the past and present look like. But the big wildcard now is the role younger Jews – the Gen X and Millennial generations – will play in Jewish big giving. They will inherit vast sums of money and assume responsibility for their parents’ foundations and Donor Advised Funds. How they decide to prioritize their giving will have a major impact on Jewish philanthropy in the decades ahead.”